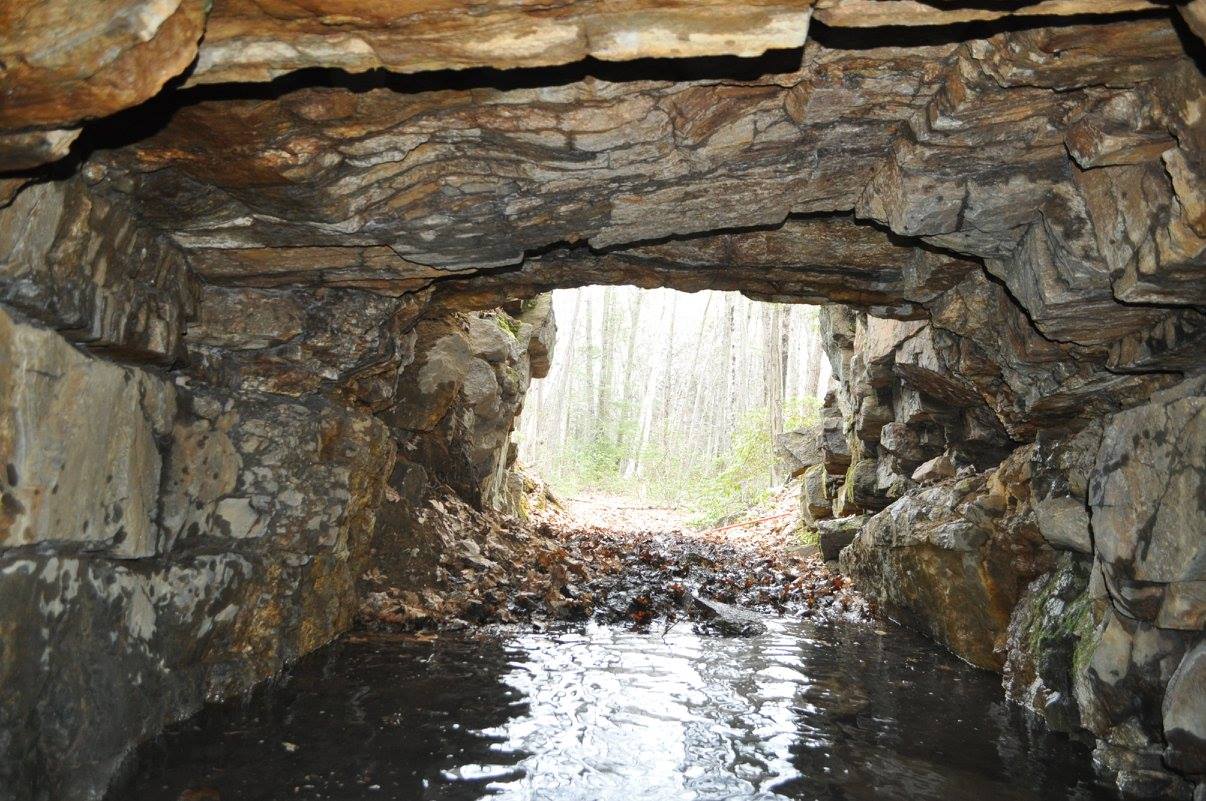 Entrance to old mine

Entrance to old mine

Follow a loop trail through quiet woodlands, then visit the site of a former lead mine used by Indigenous peoples and, later, European settlers.

Tantiusques (“tan-te-us-quays”)—a Nipmuc word meaning “to a black deposit between two hills”—was the site of one of New England’s first mines. The Nipmuc tribe originally mined graphite here to make paints. In 1644, John Winthrop, Jr., son of the first governor of the Massachusetts Bay Colony, purchased the mine with hopes of extracting lead and iron. Between 1829 and 1860, Frederick Tudor, who made his fortune selling New England ice around the world, shipped around 30 tons of graphite a year to Boston to manufacture crucibles used in foundries. Captain Joseph Dixon worked with Tudor before leaving to produce the first wood and graphite pencil in the country and founding the Dixon-Ticonderoga Company.

A short loop trail leads you through quiet woods; a spur trail passes through the Leadmine Wildlife Management Area and ends at the Robert Crowd Site. Watch for the foundations of the house and barn of the African American and indigenous man who worked at the mine in the 1850s. Further evidence of the site’s past rewards the careful observer: the mine cut along the top of the ridge is the partially filled-in remainder of what was once a several thousand foot-long trench—20 to 50 feet in depth and roughly 6 feet in width, which followed the vein of graphite.

Please note that the parking lot is not plowed in winter.

From Mass Turnpike (I-90), take Exit 78 to merge onto I-84 West. Take Exit 3 toward Sturbridge. Turn right at stop sign onto Mashapaug Rd. and follow south for 1.5 mi. Turn right onto Leadmine Rd. and follow for 0.9 mi. to entrance and parking (4 cars) on left.

The Nipmuc's "black lead" mine

In the days before the arrival of European colonists, Tantiusques was mined for graphite, also called “black lead,” by the Nipmuc. The Nipmuc used the material to make ceremonial paints. In 1644, John Winthrop, Jr., son of the first Governor of the Massachusetts Bay Colony, purchased the mine and the surrounding land from the Nipmuc and began the first commercial mining operation on the site. 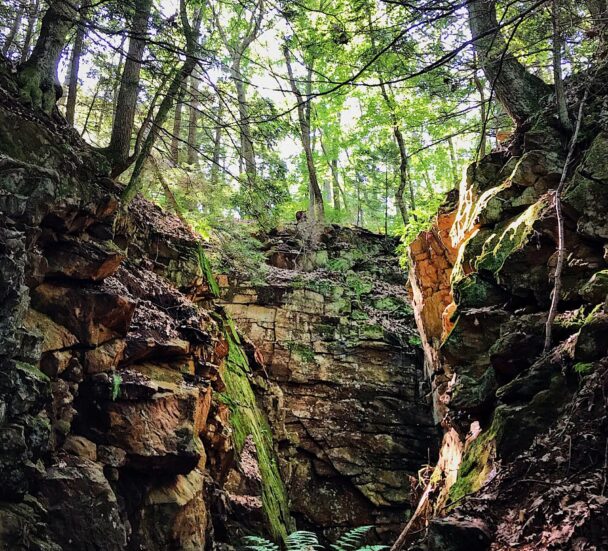 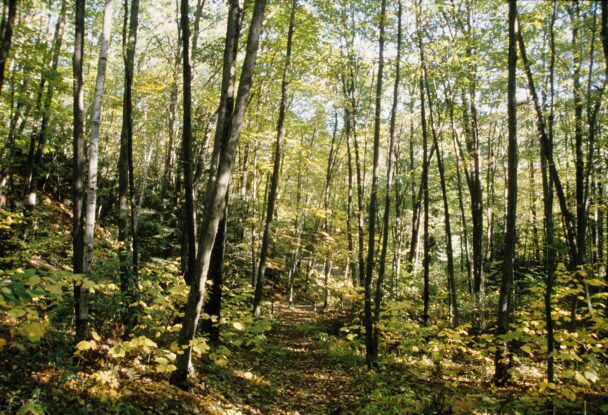 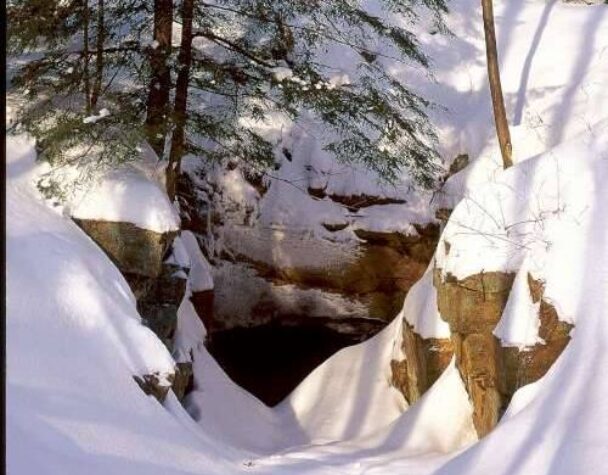 Snowy entrance to old mine

This is a quick little hike, shouldn't take more than 20min ... Beautiful views and a little bit of terrain. Recommended any time of year. 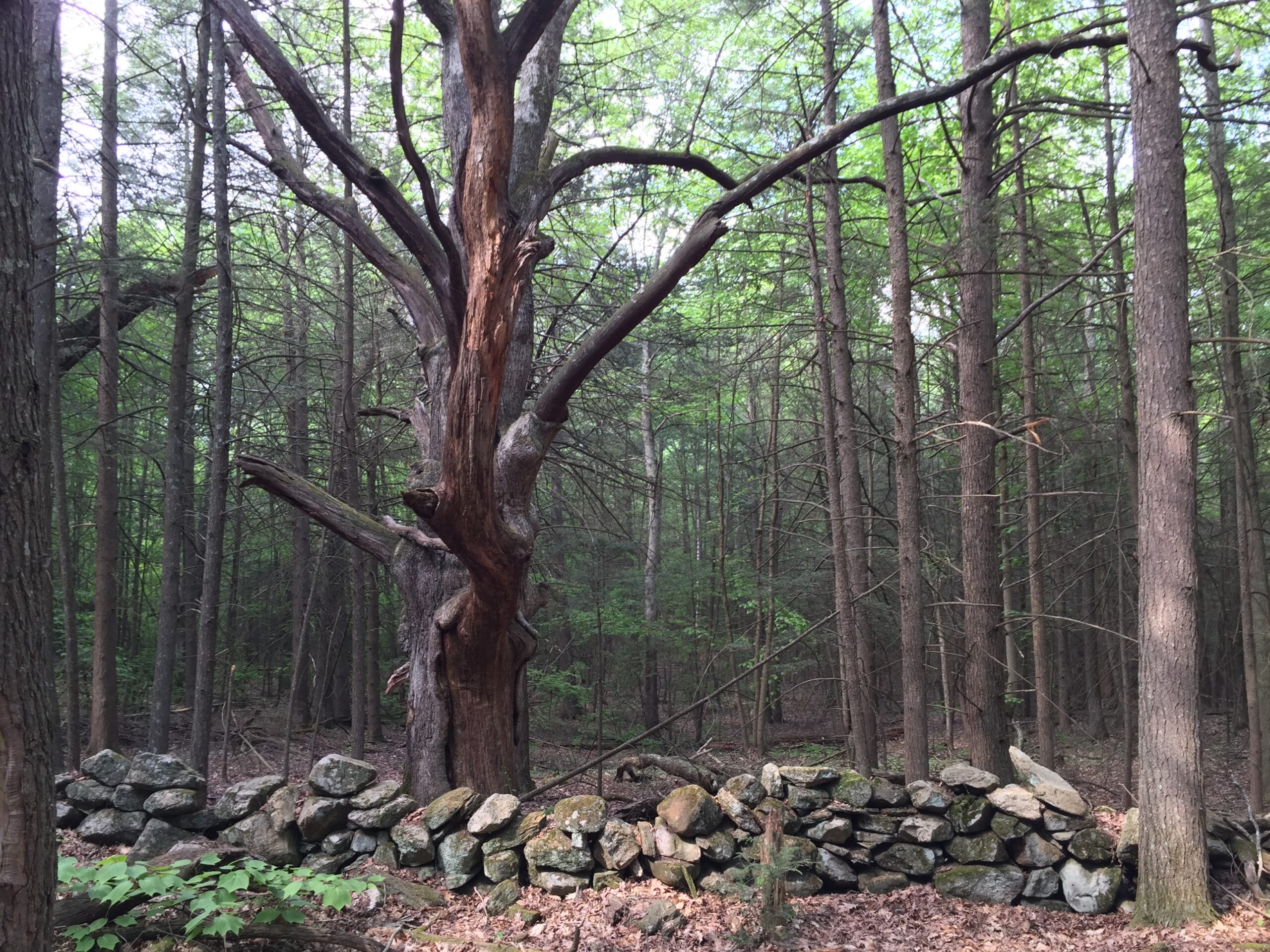 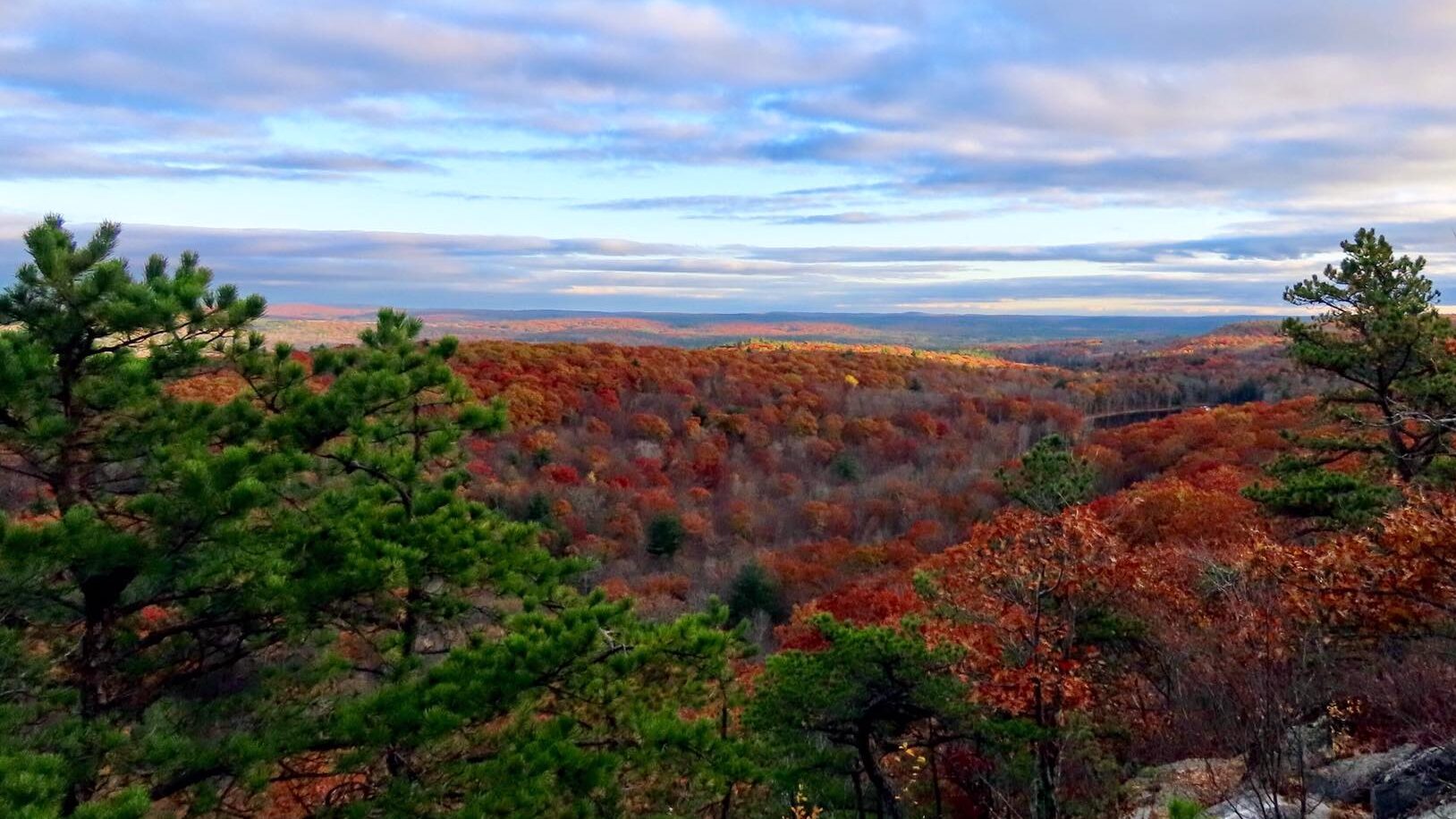 Explore a former working forest and trek to a summit that rewards with panoramic ...

Discover a small, serene pond beyond a jumble of giant boulders forming a "house....