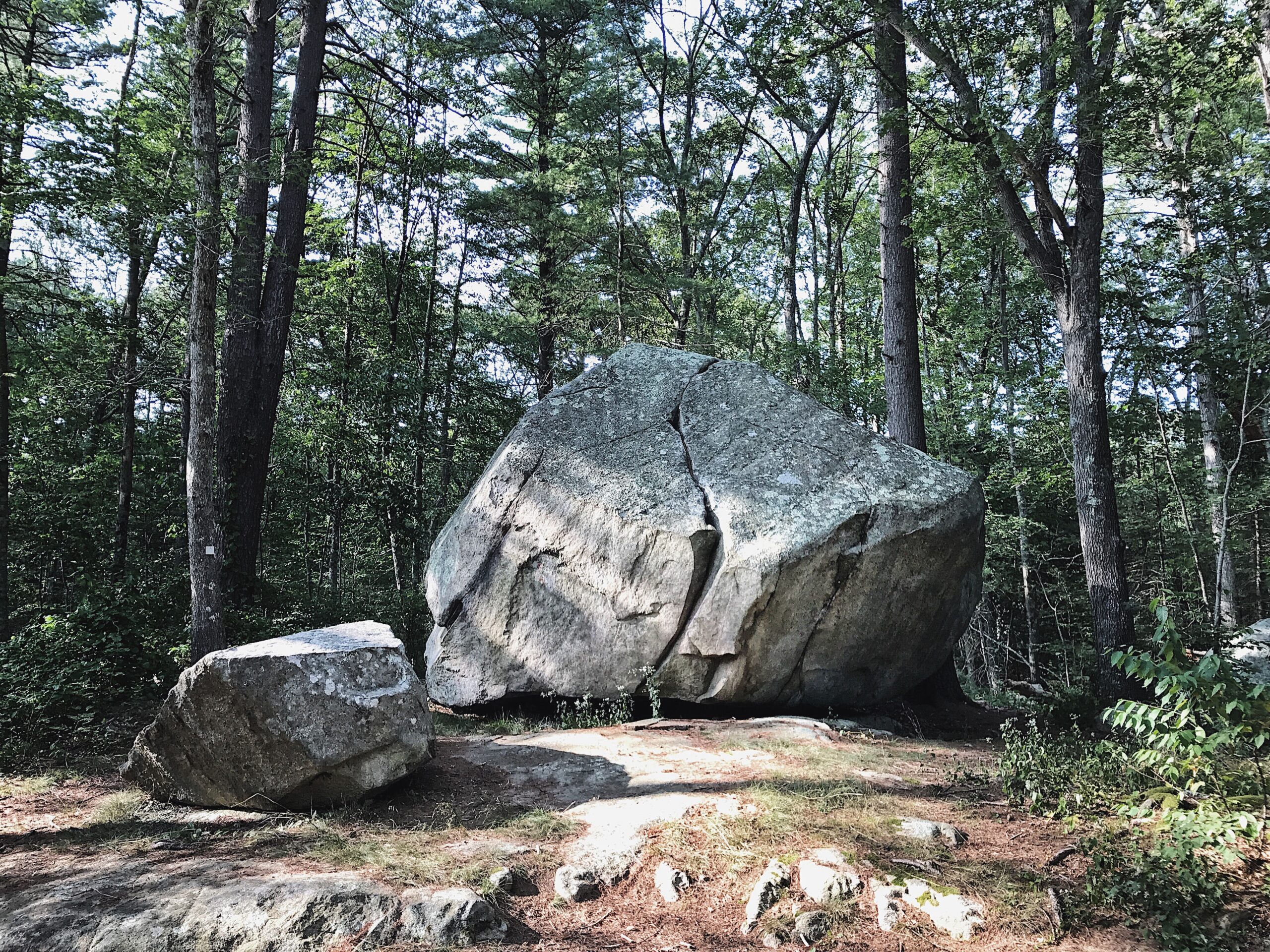 Around 1904, American industrialist Henry M. Whitney began purchasing parcels of abandoned farmland to create a private estate. The Whitney Woods Association later acquired much of the estate and donated more than 600 acres to The Trustees in 1933, followed by Thayer Woods a decade later.

Glacial erratics dot the landscape, including a grouping called Ode’s Den, named after Theodore “Ode” Pritchard, a hermit who lived under one of the boulders after losing his home in 1830. Bigelow Boulder honors the author of the first volume of The Narrative History of Cohasset. The American holly grove is a delightful spot and, in spring, the Milliken Memorial Path—a “wild garden” planted in the 1920s in memory of Mabel Minott Milliken—blooms beautifully with rhododendrons and azaleas.

The adjacent, 62-acre Turkey Hill is co-managed with the Towns of Cohasset and Hingham, and has a 187-foot summit with a spectacular view of Cohasset Harbor  A cinder block building is all that remains of an anti-missile radar control station sited here during the Cold War to thwart a potential nuclear attack by the Soviet Union.

Amble along 10 miles of carriage roads through resurgent hardwood forests and into open fields, catching spectacular vistas of the South Shore and Boston skyline along the way.

Cross the street to family-friendly Weir River Farm and get up close with horses, sheep, and chickens.

Turkey Hill Parking Areas
Top of Turkey Hill: Turn onto Leavitt St. off Rt. 228 next to the Hingham Town Library. Follow for 0.6 mi., bear left onto Turkey Hill Ln., and follow to dead end. Entrance and parking (5 cars) on left.

Trails
10 miles of trails including the Milliken Memorial path, a “wild garden” that was created in the late 1920s, by Mabel Minott Milliken. Moderate hiking.

Printed trail maps are distributed free from the bulletin board in the parking areas. Please understand that supplies periodically run out.

We recommend that you download a trail map before you visit. 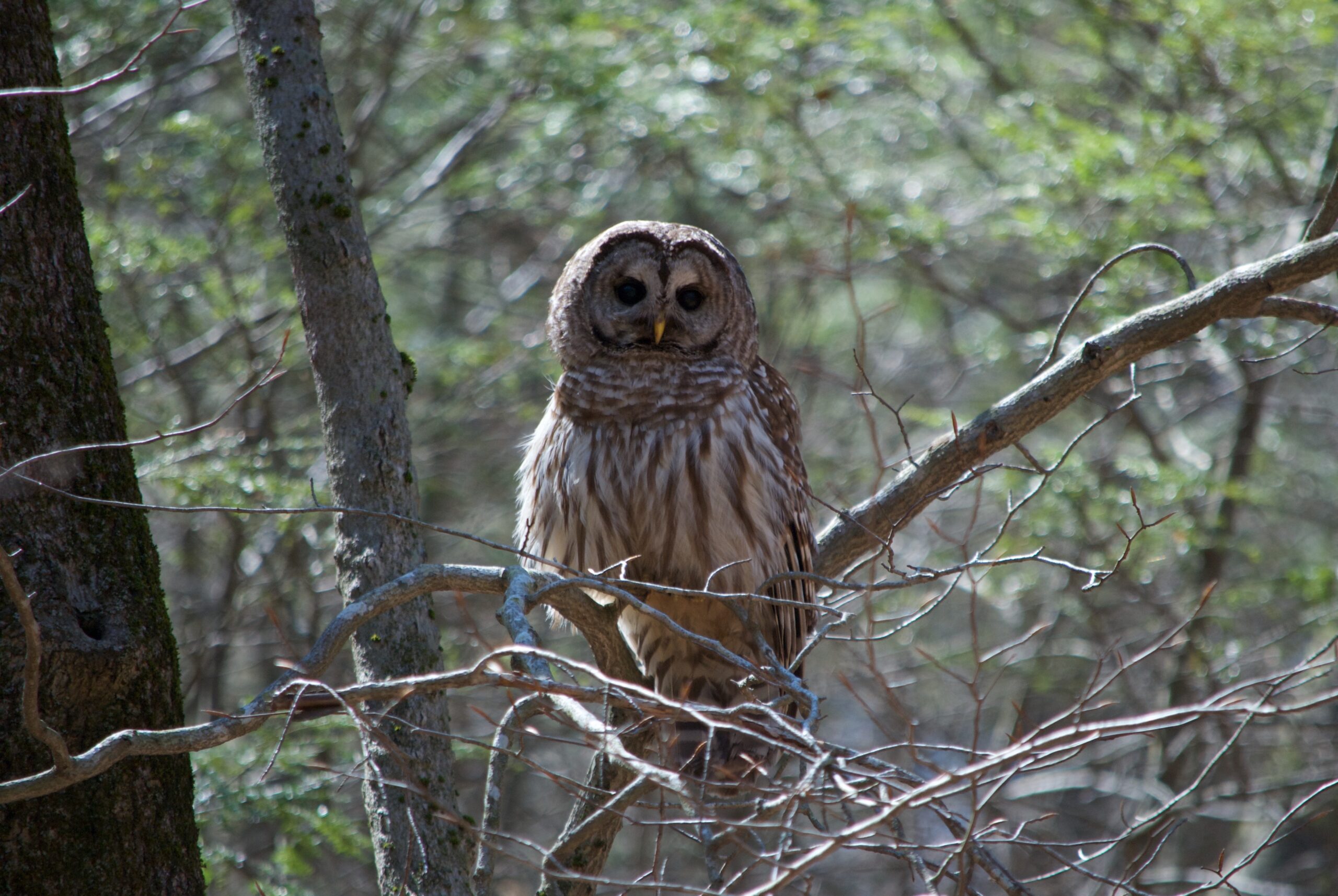 Did you know that you can experience local wildlife up close and personal while exploring our many properties?

Common Lands of the Hingham Planters

The thick mix of hardwoods and pines that dominate Whitney and Thayer Woods is typical of the history of the region’s terrain since Colonial times: fields and pasturage once plowed by farmers is now re-populated with trees.

When known as the “Common Lands of the Hingham Planters” in the mid-17th century, the land was divided into long strips, set off by stone walls and cleared by settlers for wood fuel, logging, and farming. 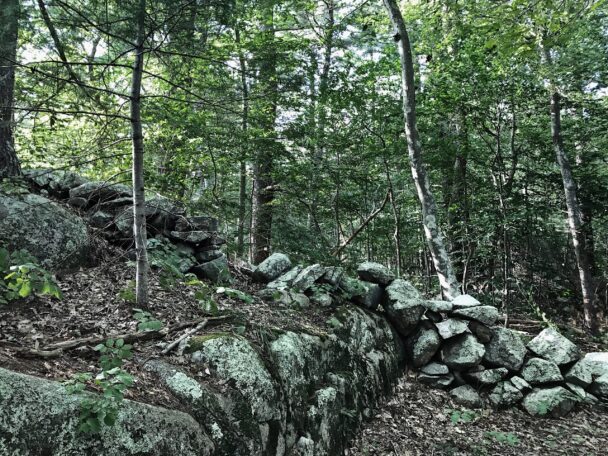 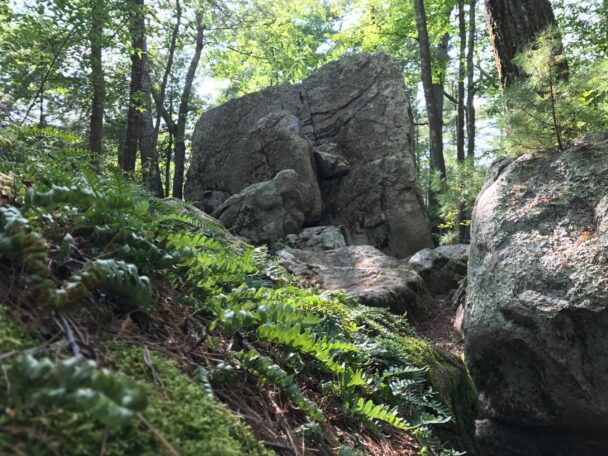 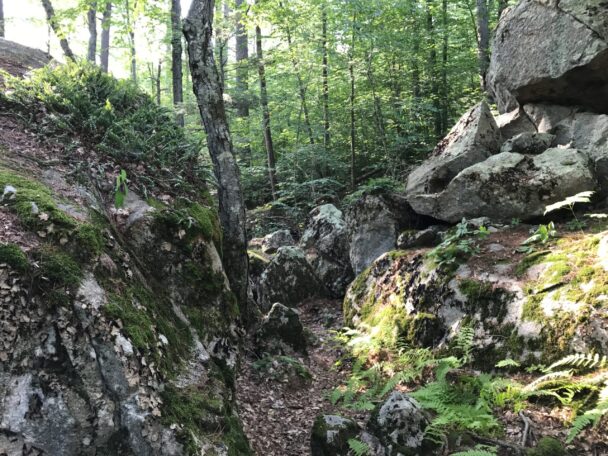 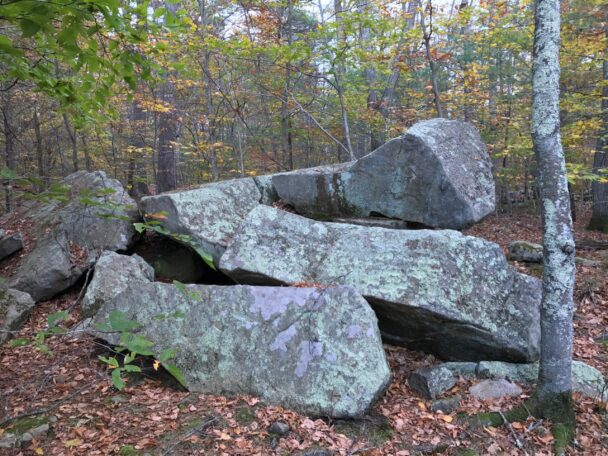 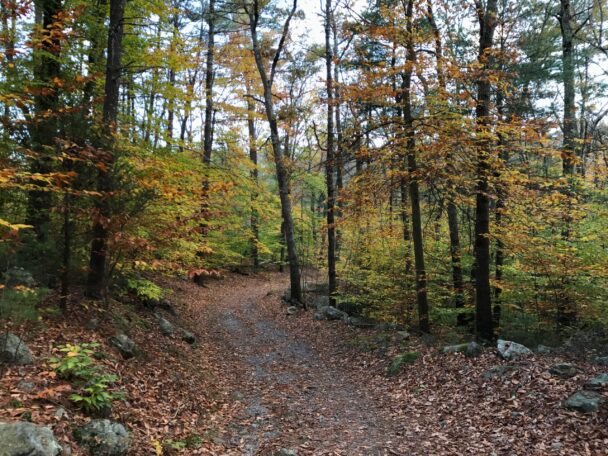 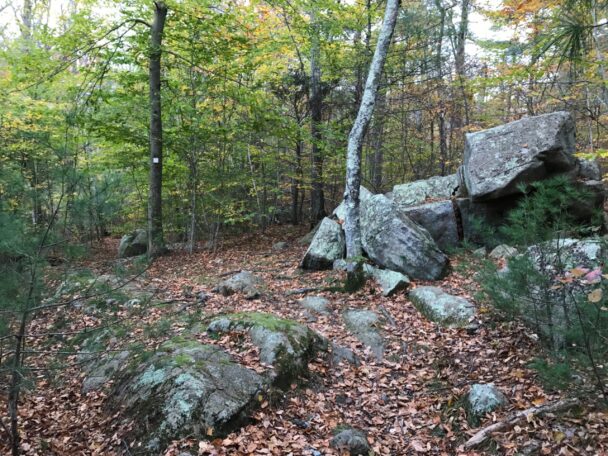 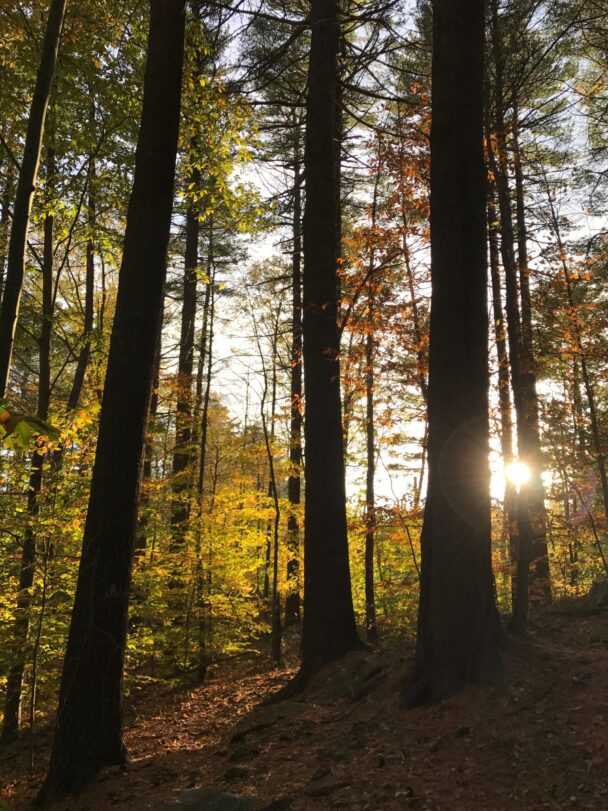 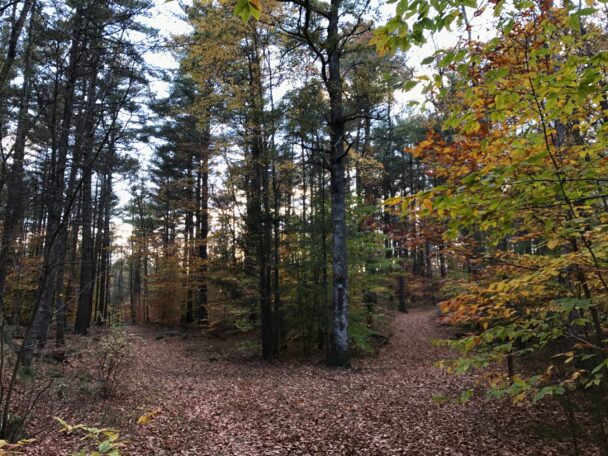 These woods are the perfect place for a easy walk in the wood. The main trails are roads from past centuries, the geological formations that adorn their side are leftovers from the glaciers that preceded our history.

Trek along Olmsted-designed paths toward rocky shorelines, and discover sweeping ... 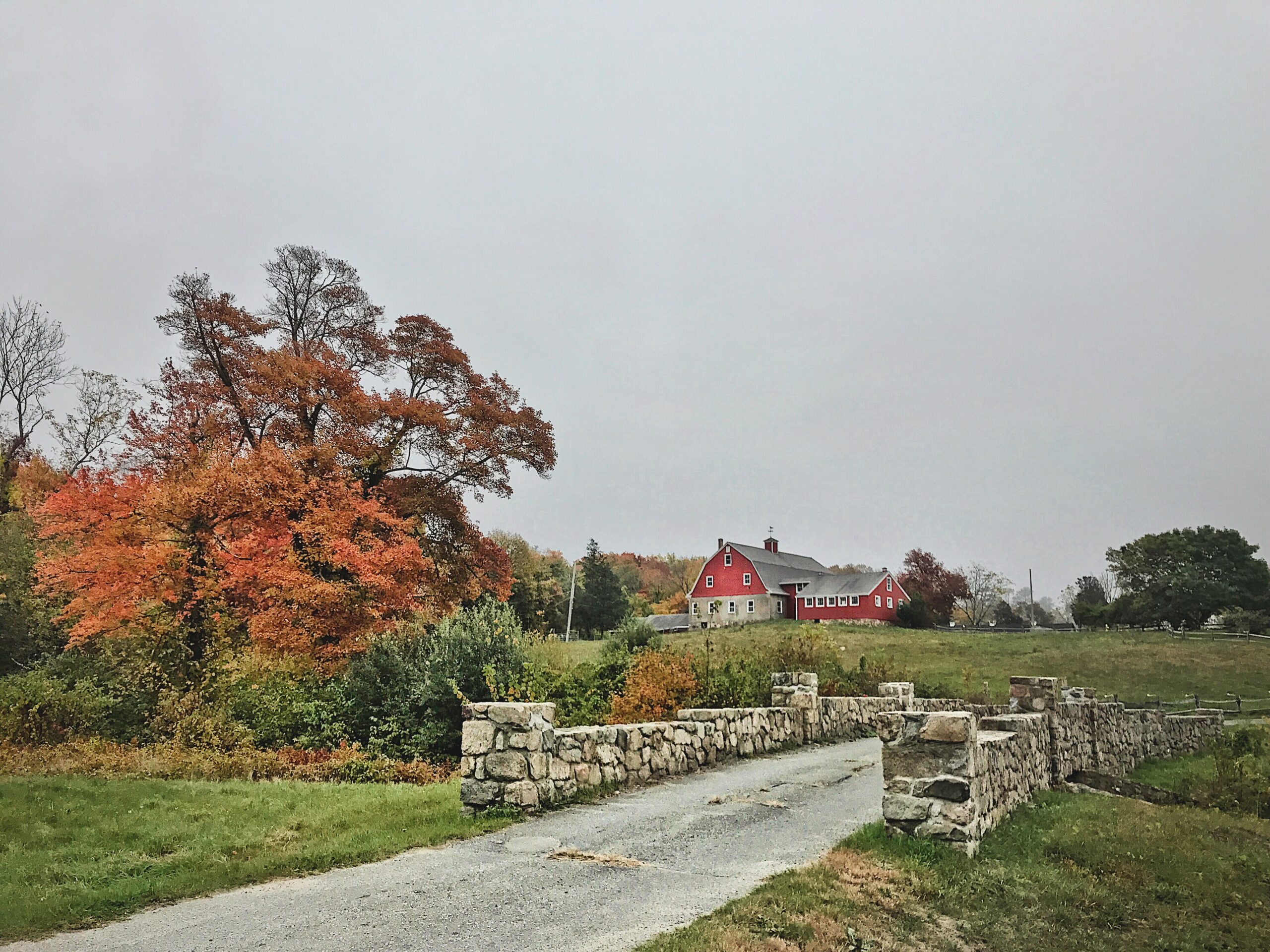 This family-friendly farm—one of the last in Hingham—captivates visitors with... 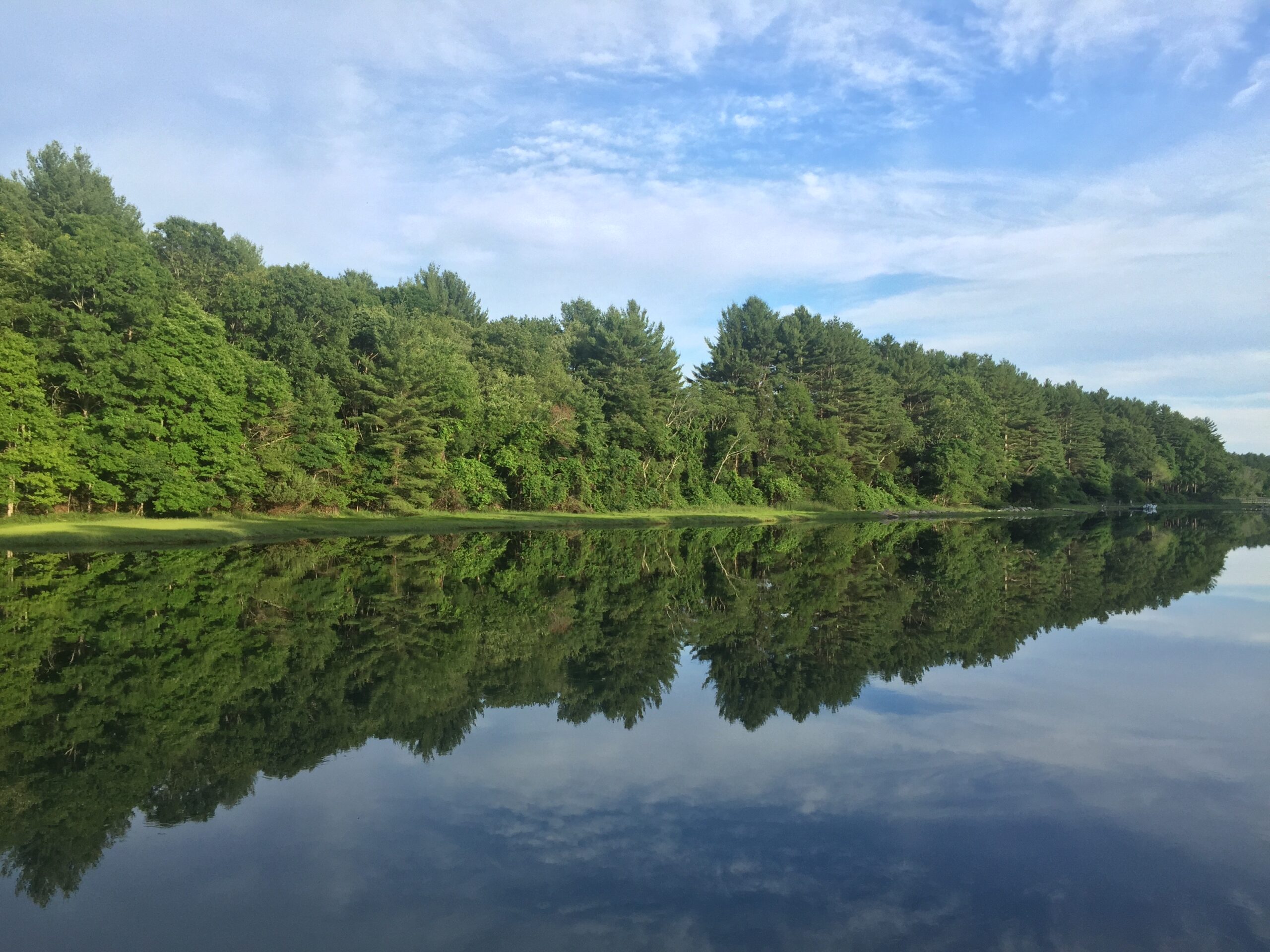