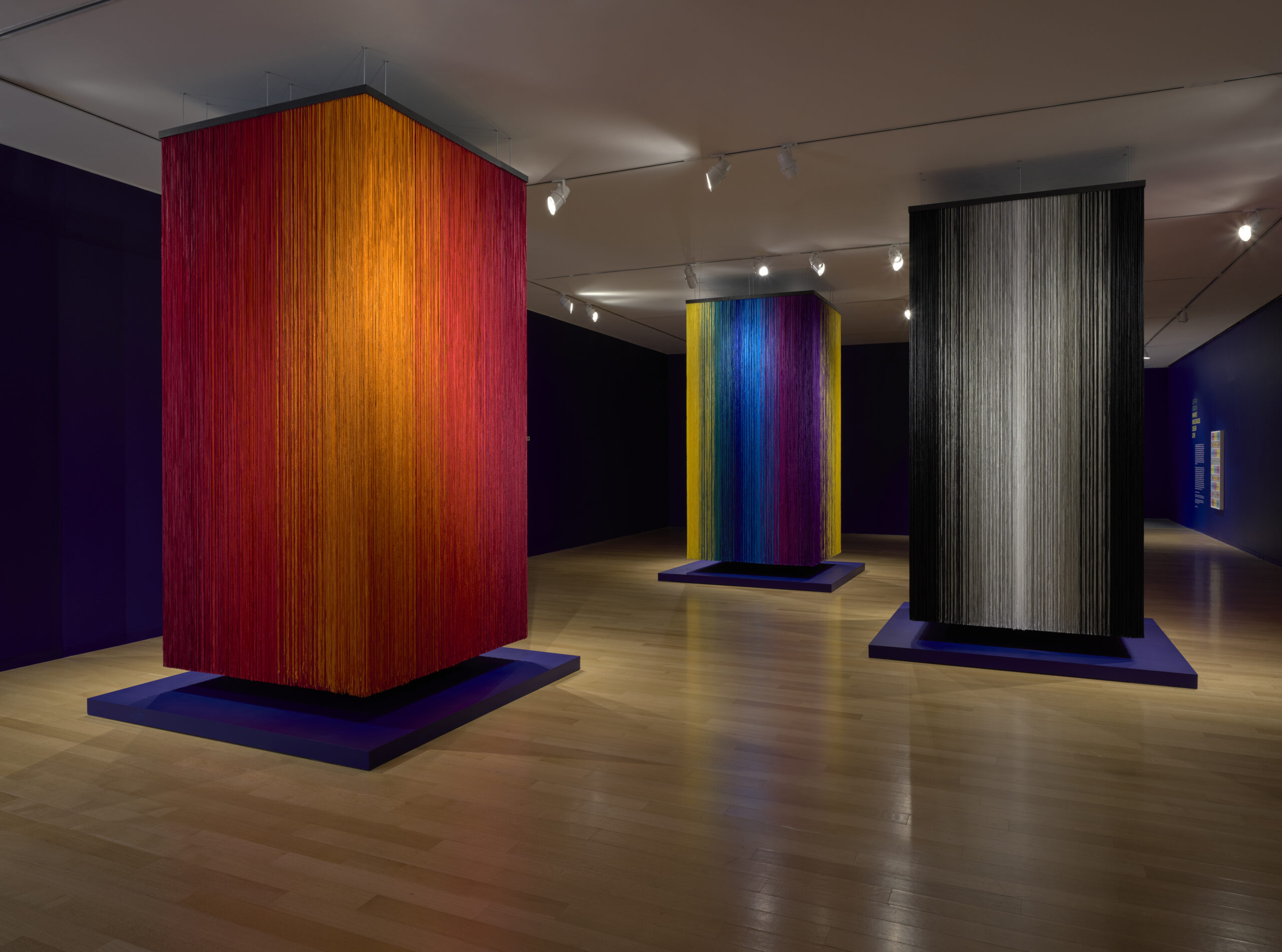 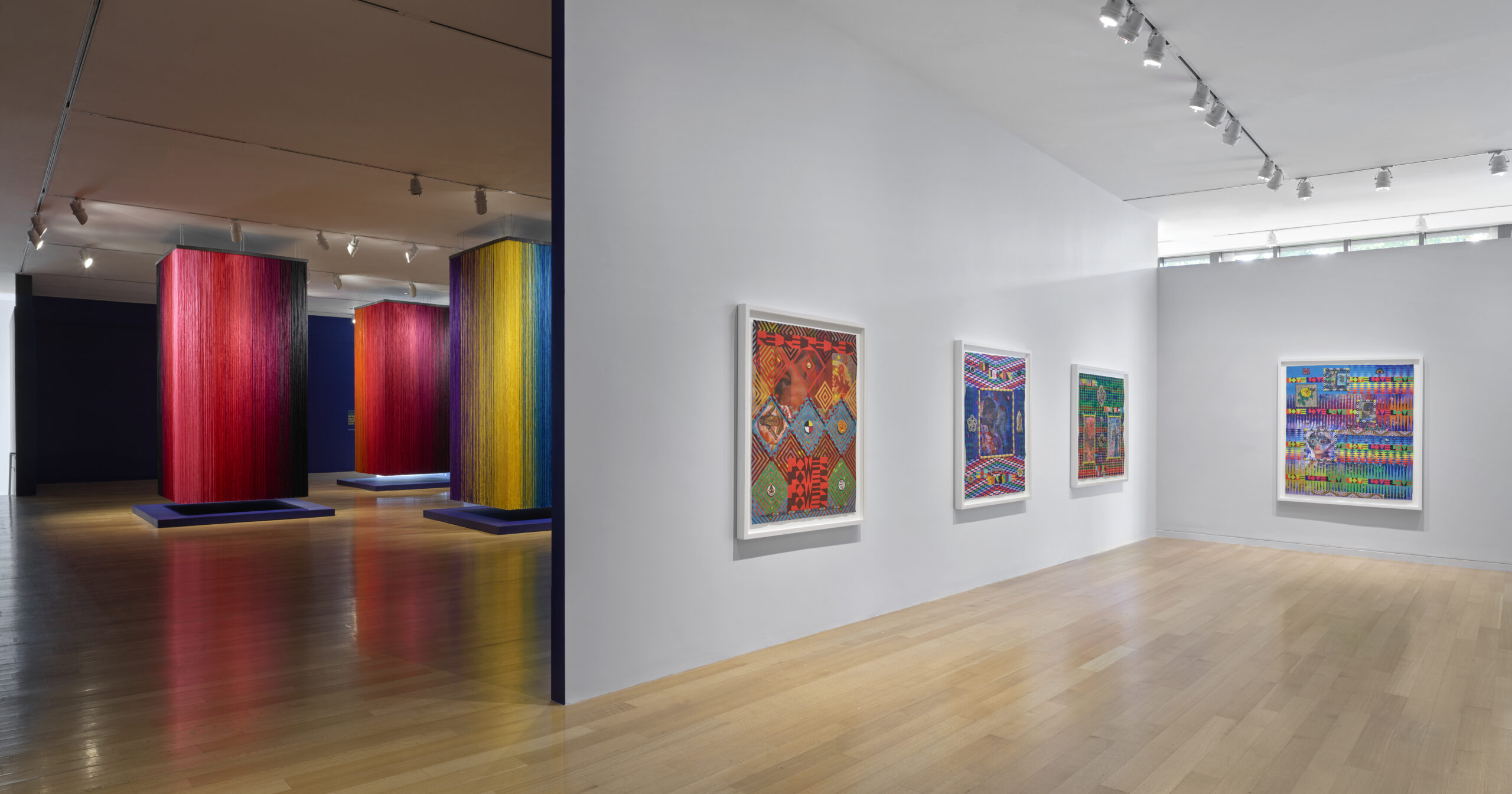 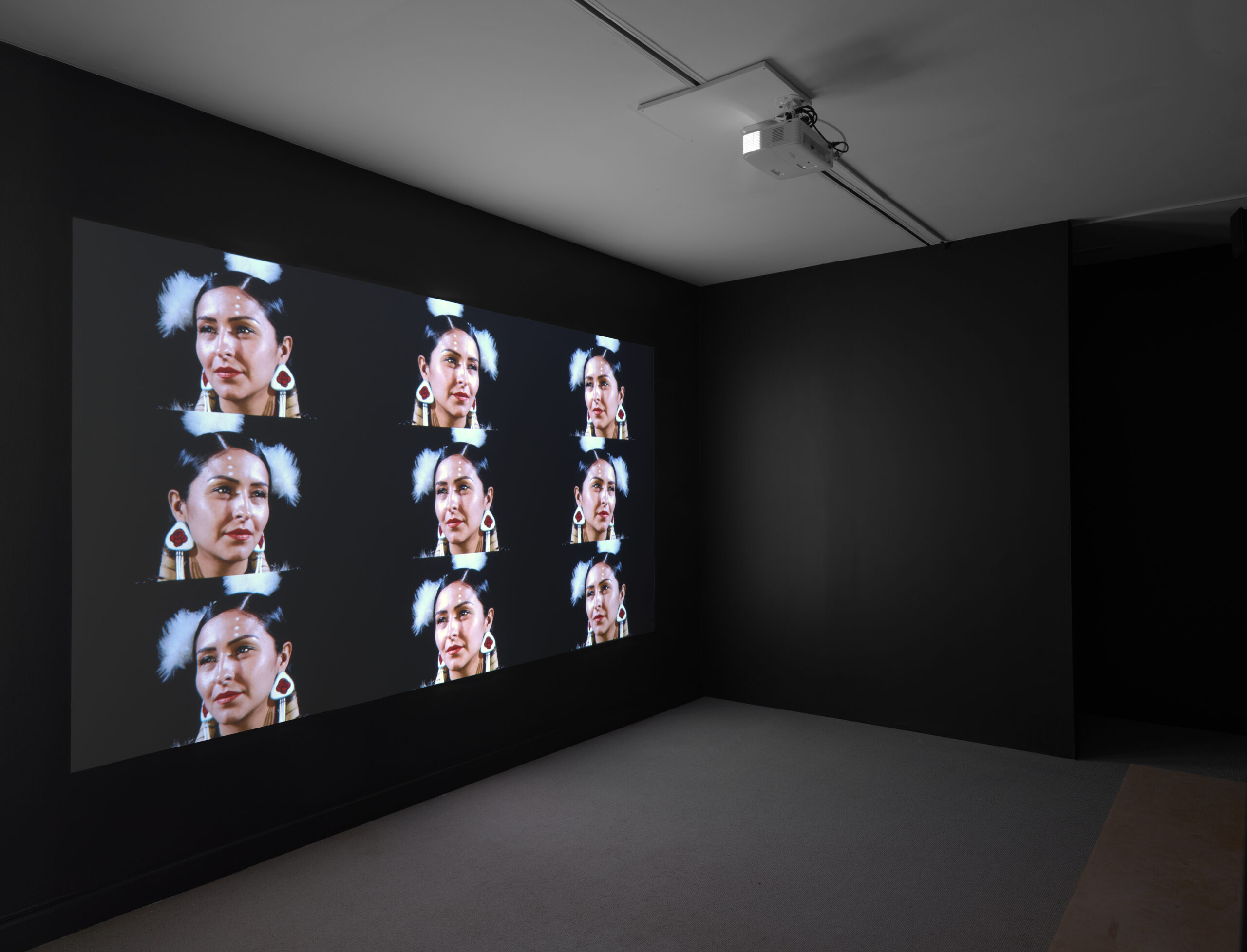 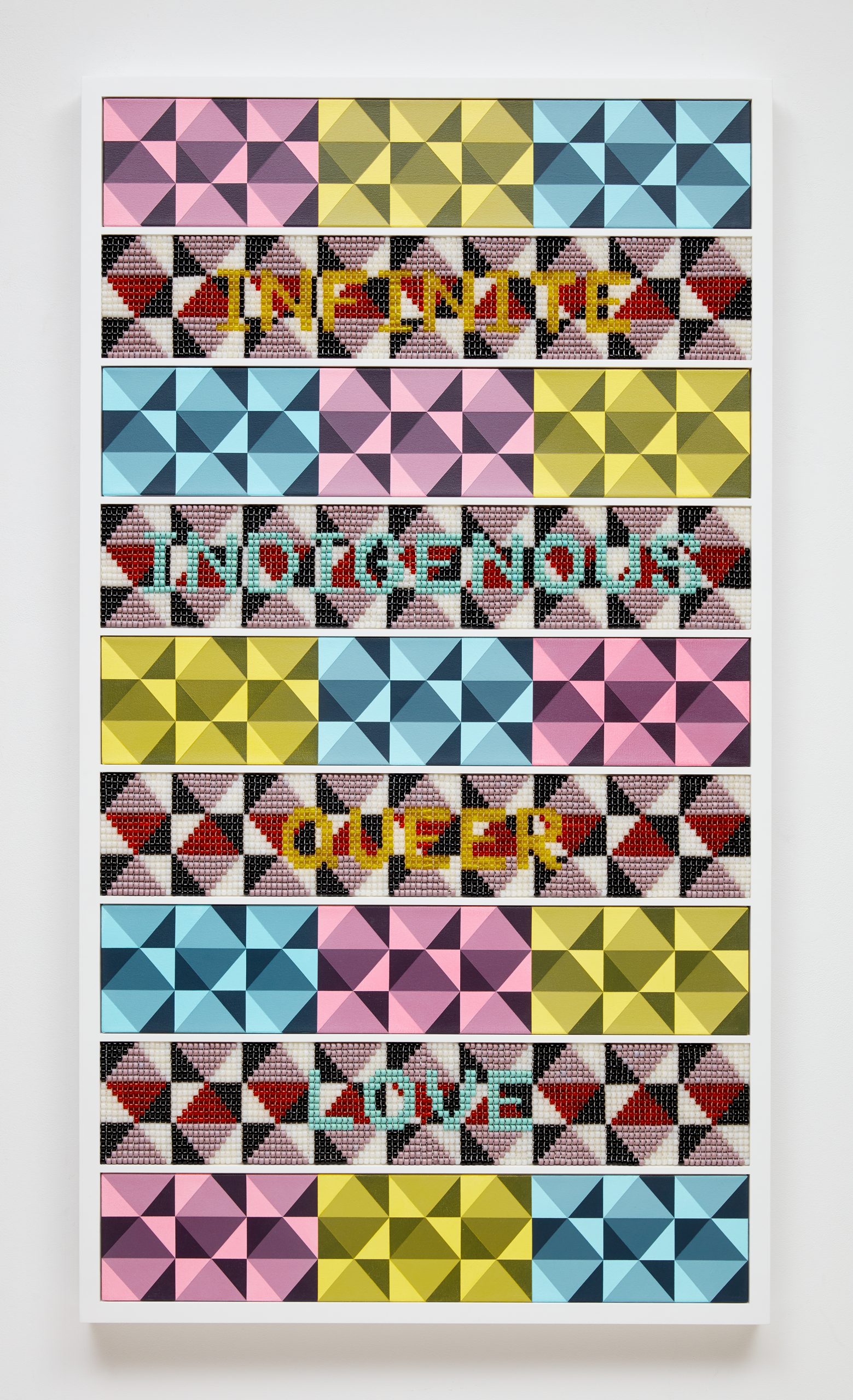 This exhibition concerns the intersections of four powerful words—INFINITE INDIGENOUS QUEER LOVE. The two outer terms suggest boundless spaces and generative, tender relationships. The two interior terms convey markers of identity that Jeffrey Gibson disassembles and reconstructs through his artistic practice as a queer Choctaw-Cherokee man. Altogether this title offers a bold, declarative framework for this exhibition which debuts a series of collages, an immersive display featuring three hanging fringe sculptures, and recent videos created with collaborators, musicians, and performers. Shown together, these dazzling artistic expressions suggest that identity is pieced together by public life, popular culture, and intimate human bonds.

This exhibition complements Gibson’s large-scale outdoor installation Because Once You Enter My House, It Becomes Our House, on view on the front lawn of deCordova’s Sculpture Park.

Jeffrey Gibson’s vibrantly patterned work refers to his Indigenous heritage as well as his queer identity, and the aesthetics and biases associated with those identity markers. He draws on Indigenous process and materials, and queer histories that use camp aesthetics as a critical strategy to deny any romanticizing of Indigenous cultures. By exaggerating these aesthetics Gibson forges conversations that transcend binary thinking. Merging styles and historical references, Gibson states, “I have continued to think about my practice as encompassing the past and present while considering the future.”

deCordova's mission is to inspire, educate, and delight with contemporary art fro... 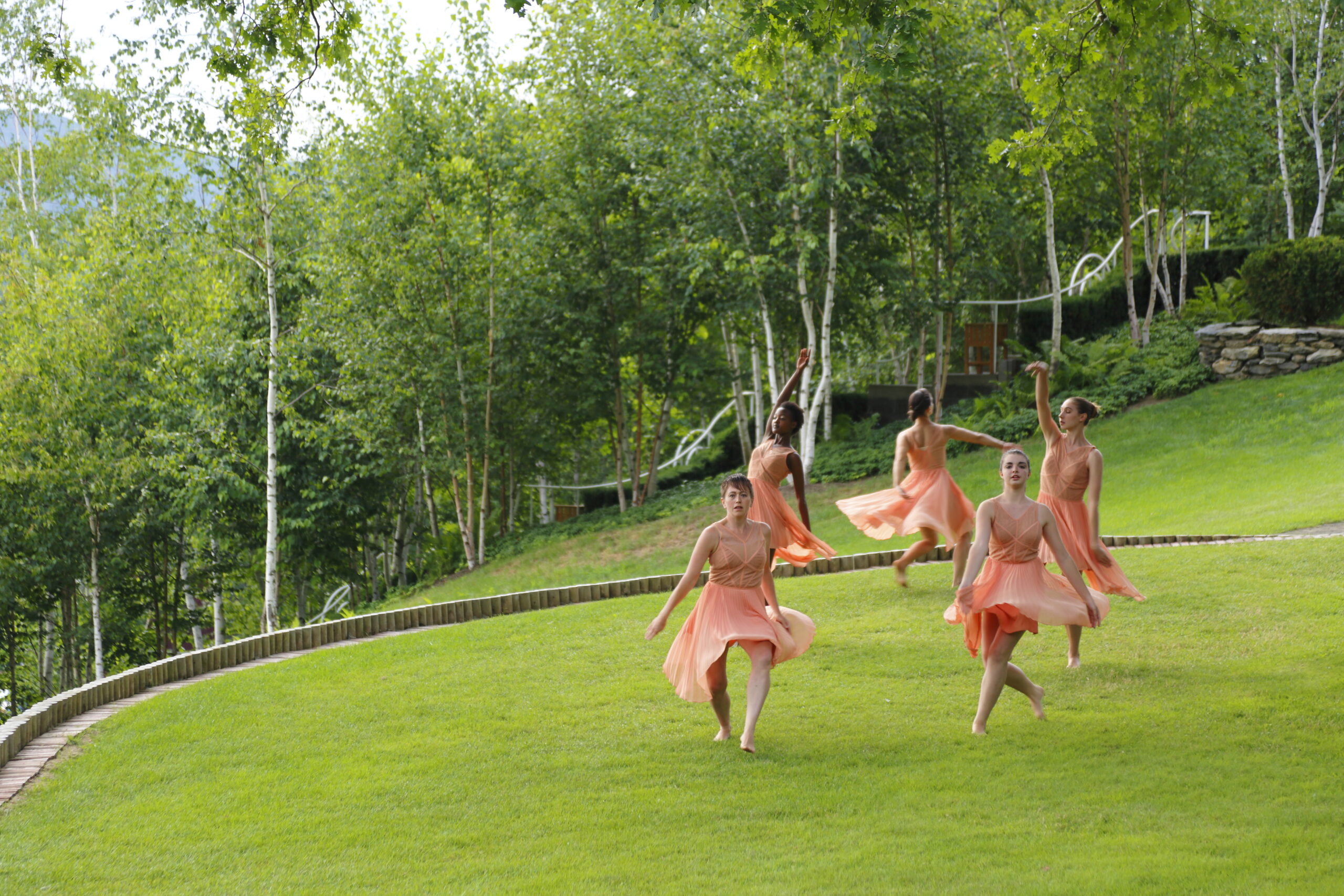 Events Celebrating the Diversity of Massachusetts' Many Cultures. 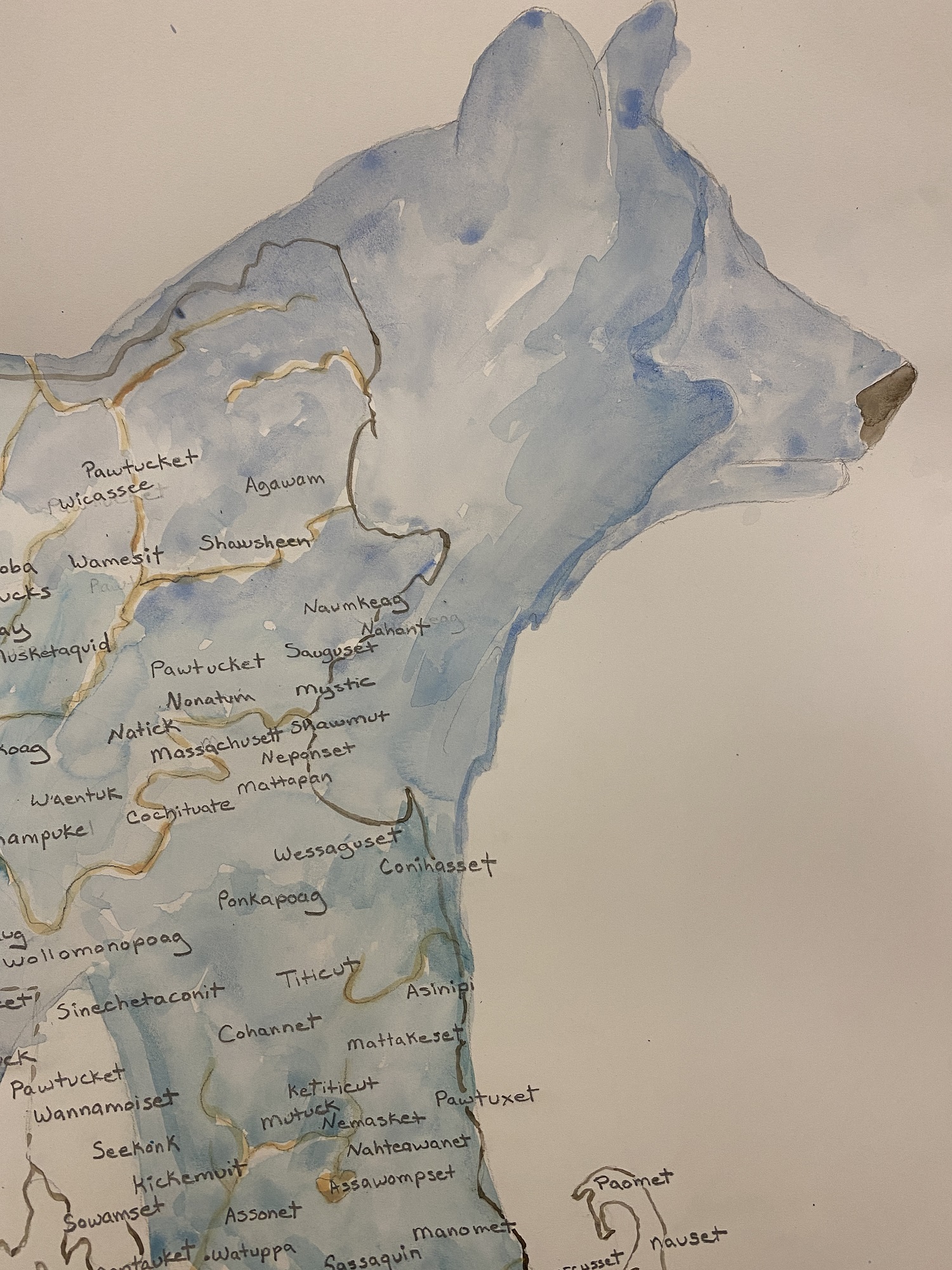 Joining communities across the state to celebrate the history and culture of Indigenous Peoples. 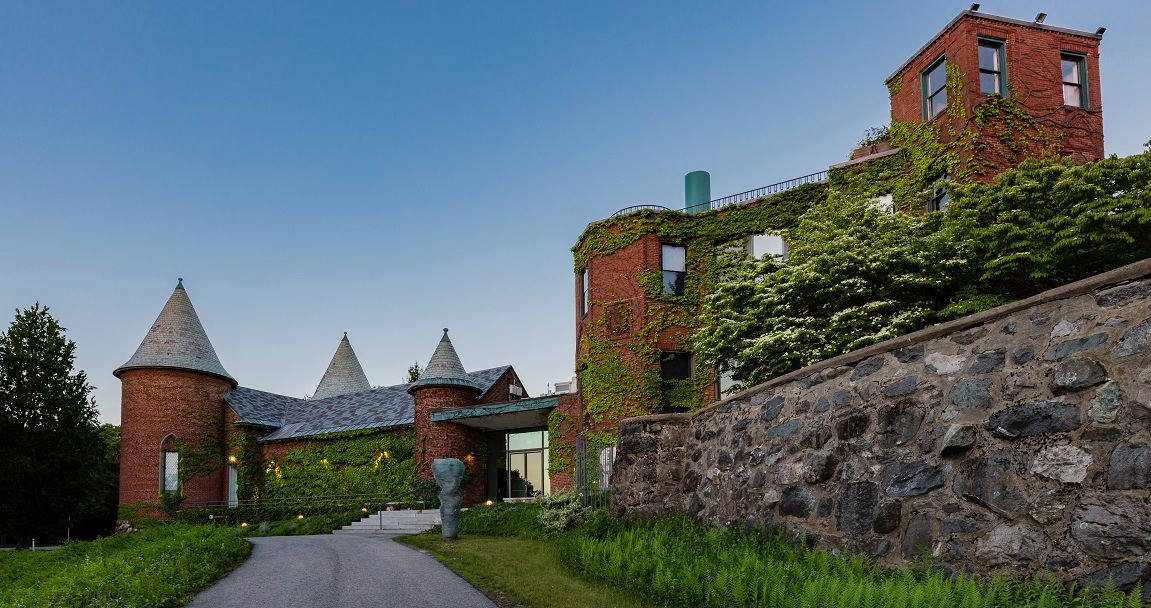 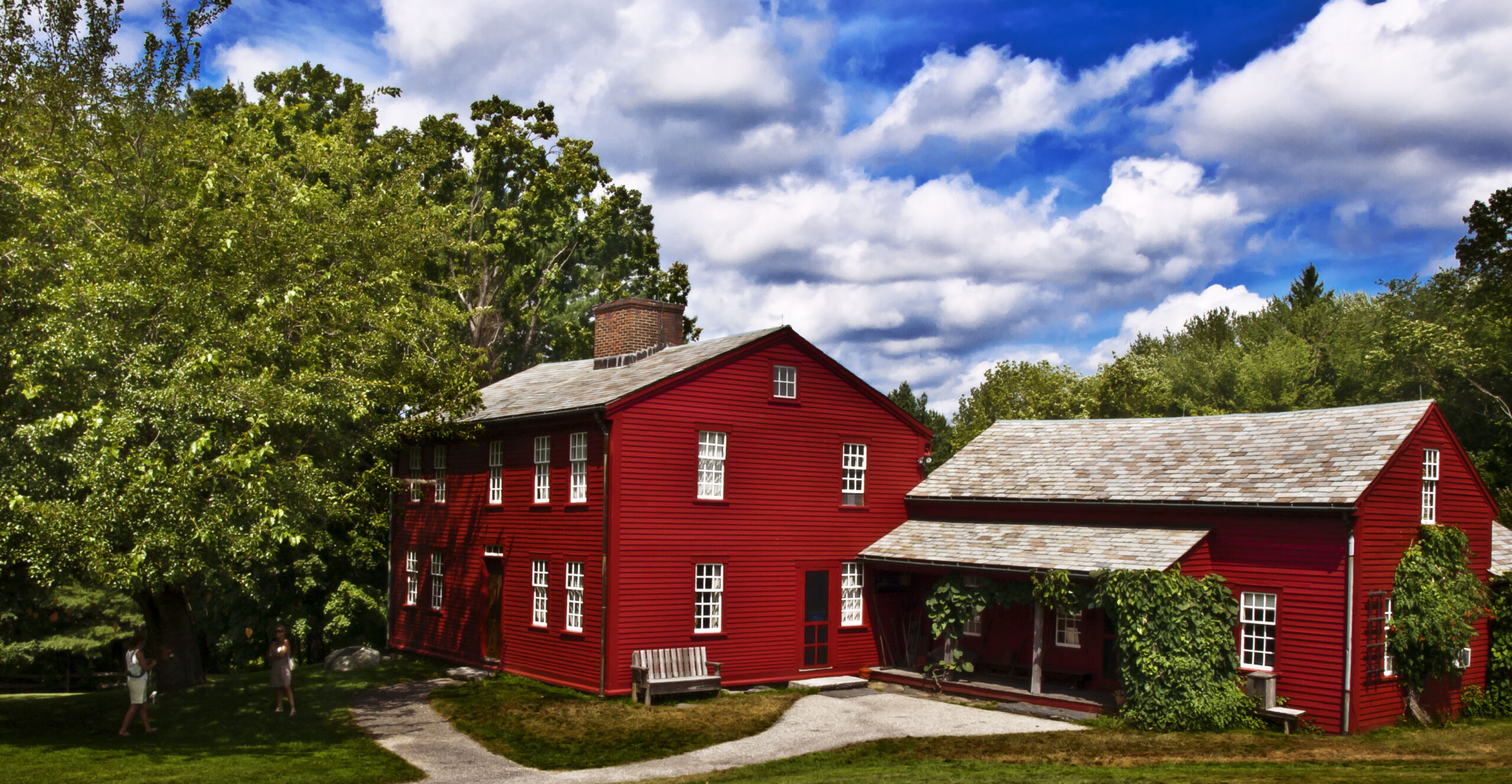 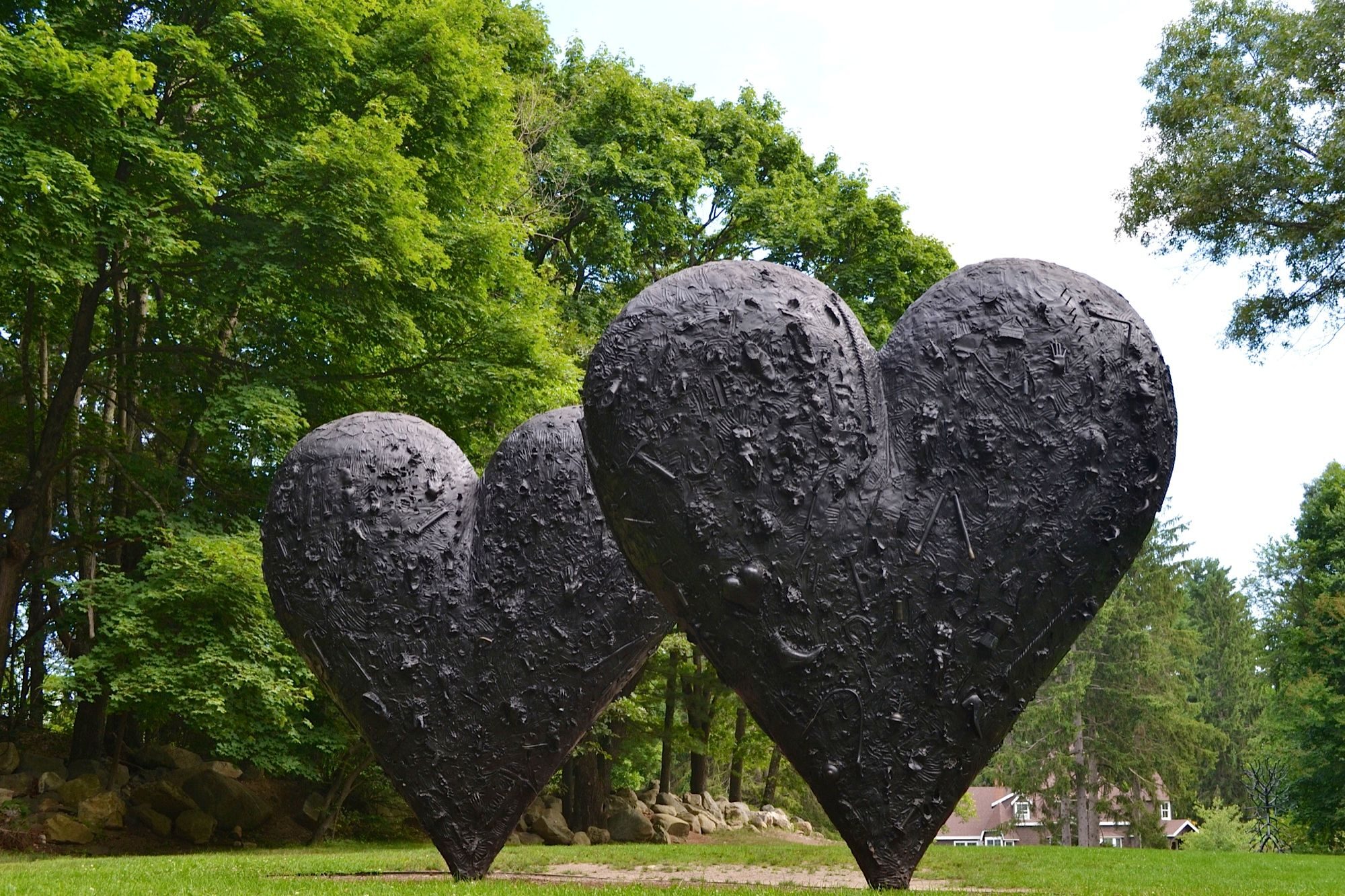 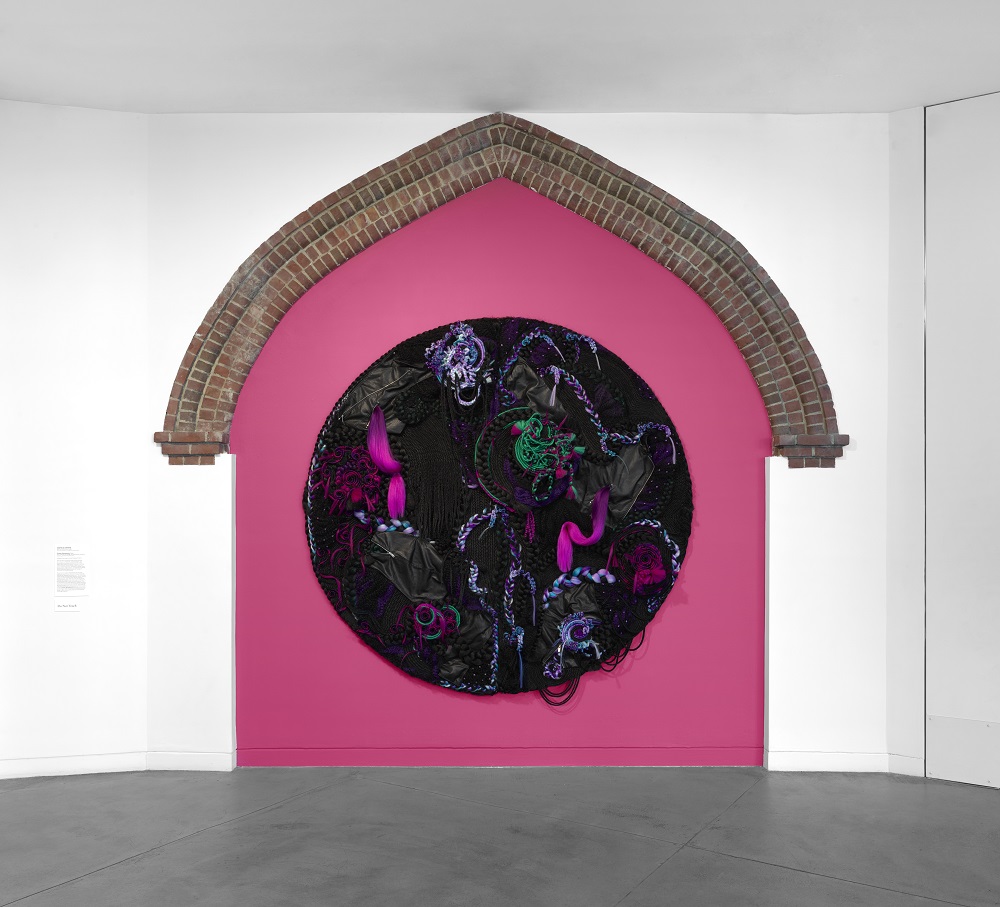