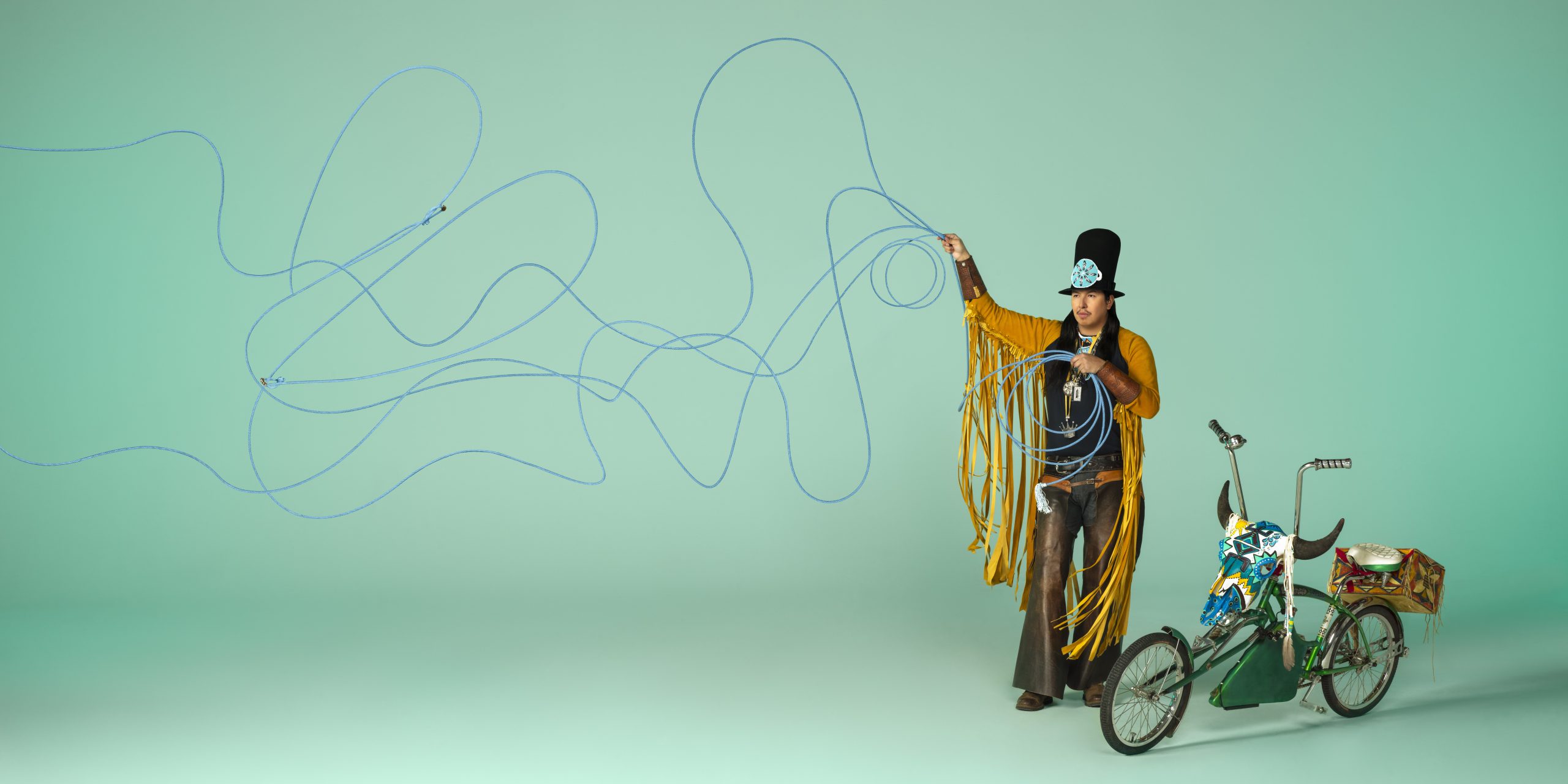 For PLATFORM 28, Dana Claxton (Hunkpapa Lakota/Sioux, based in Vancouver) adapts one of her photographs to a monumental scale as a billboard in deCordova’s Sculpture Park. With sly humor and references from film and television, she subverts oppressive stereotypes of Indigenous people and confronts how they perpetuate the violence of colonization. Emphasizing Indigenous survival, Claxton frequently pictures friends, and colleagues in her work and styles them in clothing and designs that integral to Lakota Sioux culture.

Lasso shows Blackfoot filmmaker Cowboy Smithx, casting out a fantastically long and looping lasso. In a striking fringed jacket, velour tracksuit, and embellished parfleche basket, his clothing melds hip hop fashion, stereotypical signifiers of “Cowboys and Indians,” and Indigenous beadwork. Claxton wanted to “collapse images that might consider what an Indigenous male is, in the past, in the imaginary, in the present and in the future.” Claxton furthers this by including a Mustang style bicycle beside Cowboy Smithx. The bike is emblematic of 1950s Americana culture and, through its title, recalls the breed of wild horses brought by Spanish colonizers to the American West.

Claxton’s commission is connected to Jeffrey Gibson’s Because Once You Enter My House, It Becomes Our House, opening in early June 2021. Gibson invited Claxton and fellow Indigenous artists to perform and create new artwork on and around this installation. 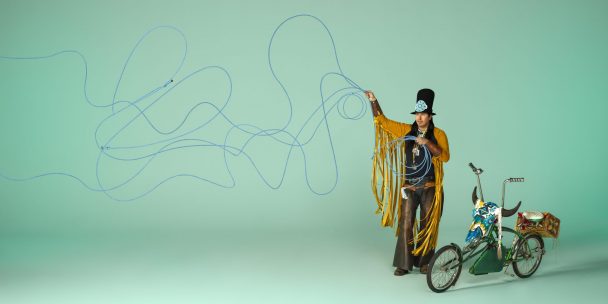