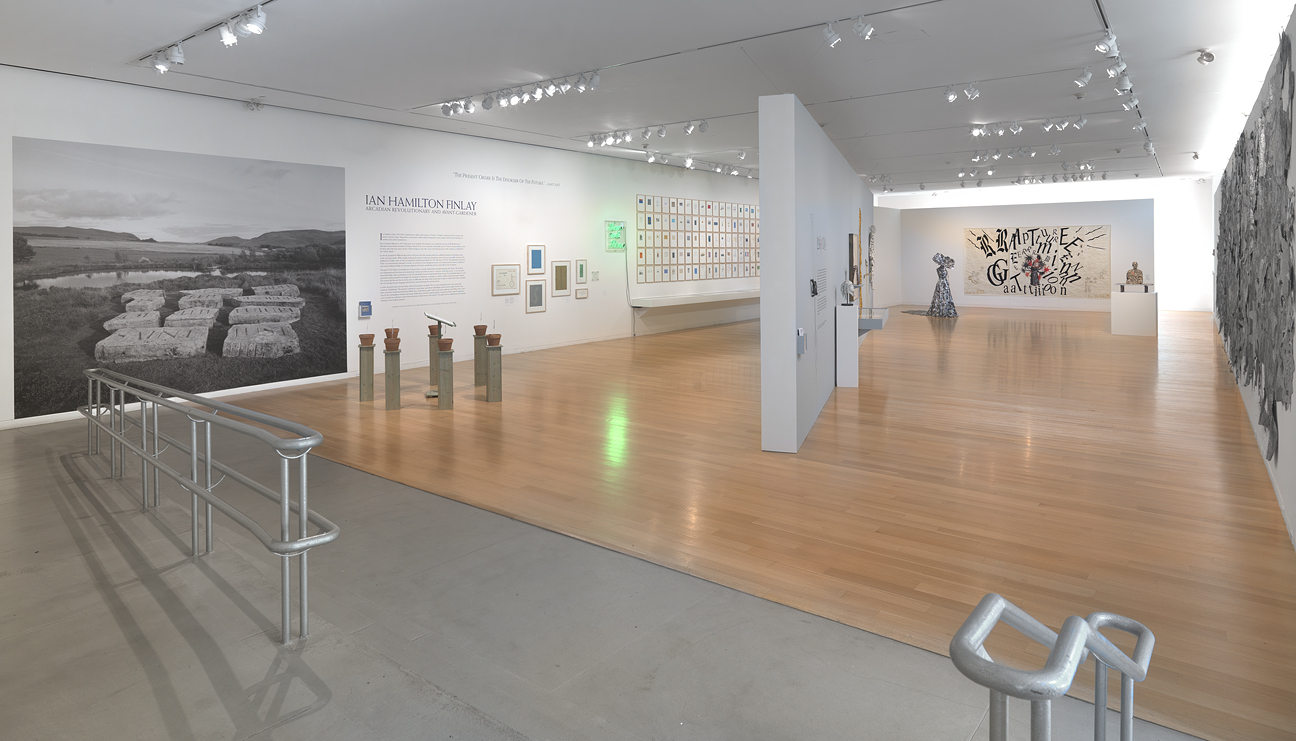 After founding Wild Hawthorn Press in 1961 and publishing hundreds of artists’ books, Finlay rose to prominence as one of Great Britain’s foremost experimental literary artists making concrete poetry, a practice which wed language with sculptural form. In 1966, he and his wife Sue Finlay built Little Sparta, a garden in Dunsyre, Scotland, which became the site for the ultimate realization of his aesthetic program. Finlay treated Little Sparta as a site for engaging with cultural inquiry and criticism rather than as a sanctuary or more traditional pastoral setting; he literally placed language into the landscape in monumental form, encouraging a discourse on the reconciliation between nature and modern society.

Finlay freely mined human history to source imagery for his work. He believed that most positive symbols in Western culture had been drained of their meaning through consumerist assimilation and desensitization, and so employed universally powerful symbols of violence and authority such as machine guns, tanks, and guillotines in his work. Finlay’s merger of beauty, violence, and the sacred spoke to his belief in the disintegration of contemporary society’s cultural ideals. When encountered in juxtaposition to emblems of nature and classical idealism, Finlay’s epigrams provoke contemplation of society’s need for a reclamation of civic and aesthetic values.

Several works demonstrating Finlay’s signature fusion of classical beauty and violence are on view in deCordova’s exhibition. Apollo/Saint Just after Bernini (1985-2003) is a suite of bronze sculptures of the youthful Olympian deity, each equipped–upon closer inspection–with modern weapons such as hand grenades and submachine guns, rather than flutes or harps. Similarly, Finlay’s Aphrodite de la Terreur (Aphrodite of the Terror) (1987) is a plaster sculpture of the Greek goddess of love, beauty, and sexuality–this time adorned with a modest red necklace, a chilling reference to the red string worn around the necks of mourning relatives of the beheaded during the French Revolution.

Finlay’s work often commands attention through his simple visual and verbal plays on language: Wildflower Vase (1985) is an ephemeral bouquet in a classical white vase labeled with the text “Wildflower: A Mean Term between Revolution and Virtue.” Finlay’s text causes the work’s immediate beauty and representation of nature to become a prompt for the contemplation of communal mindfulness. In a comparable gesture, Finlay’s Panzer Leader (1976) is a cast tortoise whose shell is embossed with the word Panzer, a German word that can be translated as tank, armor, or turtle shell. Although Panzer Leader appears to be an unassuming, tank-like reptile at first glance, Finlay’s application of language quickly renders it a more sinister evocation of the thunderous crush of German tanks during World War II.

Finlay’s challenging engagement with landscape and history does not make allowance for a passive viewing experience. The artist’s work encourages viewers to question the role of the detached consumer and to utilize the tools of awareness that Finlay presents in his work in order to consider their responsibility in articulating the future of society.

Funding for this exhibition has been provided by an anonymous donor and Joyce Linde. 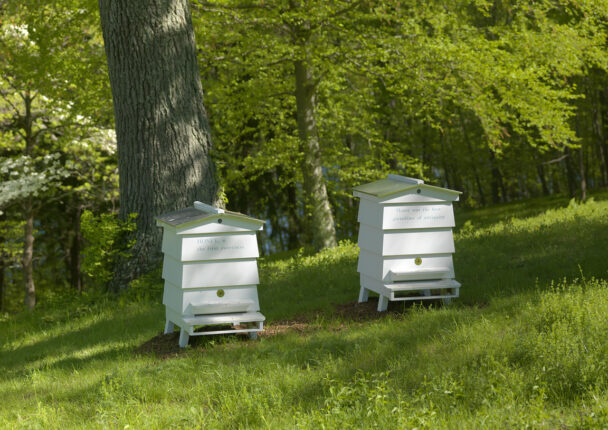 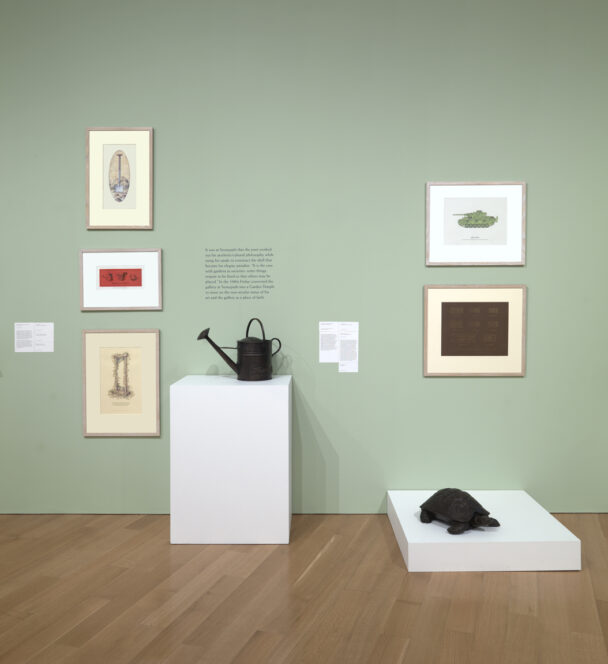 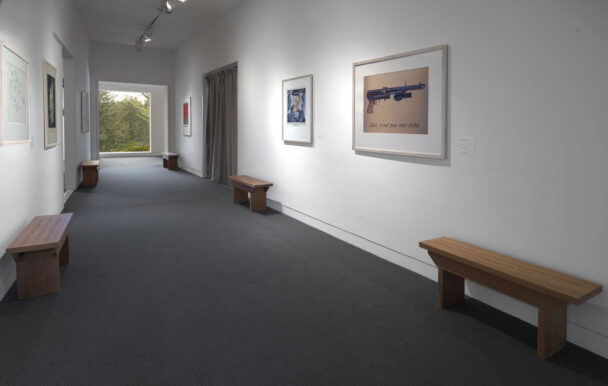 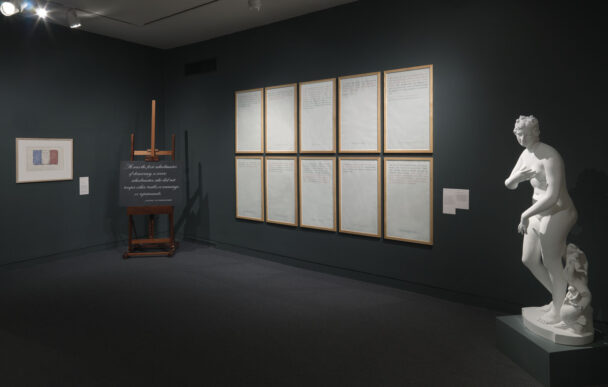