The history of Monument Mountain

For almost two centuries, Monument Mountain has been a source of inspiration to poets, novelists, and painters. During William Cullen Bryant’s sojourn in Great Barrington (1815–1825), he penned Monument Mountain, a lyrical poem that tells the story of a Mohican maiden whose forbidden love for her cousin led her to leap to her death from the mountain’s cliffs. In the poem, Mohicans created a rock cairn on the spot where she lay buried, giving the mountain its name – Mountain of the Monument.

On August 5, 1850, Nathaniel Hawthorne and Herman Melville enjoyed a well-chronicled picnic hike up Monument Mountain. A thunderstorm forced them to seek refuge in a cave where a lengthy and vigorous discussion ensued, inspiring powerful ideas for Melville’s new book, Moby-Dick, which he dedicated to Hawthorne.

You wouldn’t think it today, but this forest was once wiped out, to supply fuel to several iron furnaces in the valley. Coal bush workers lived on the mountain months at a time, tending their hearths. Flattened circular mounds scattered all over the mountain are a reminder of their labors. Often a birch tree grows near them to signal slow restoration of the soils. 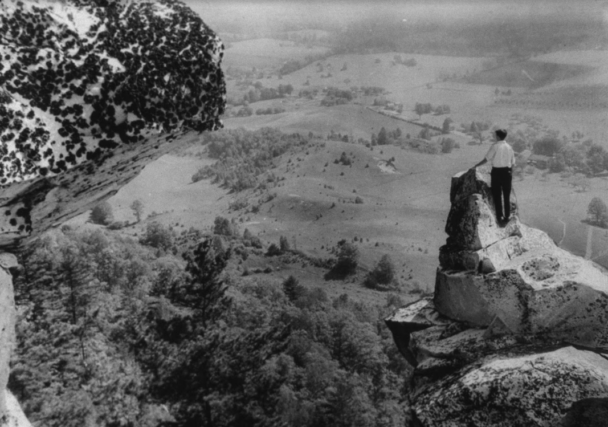 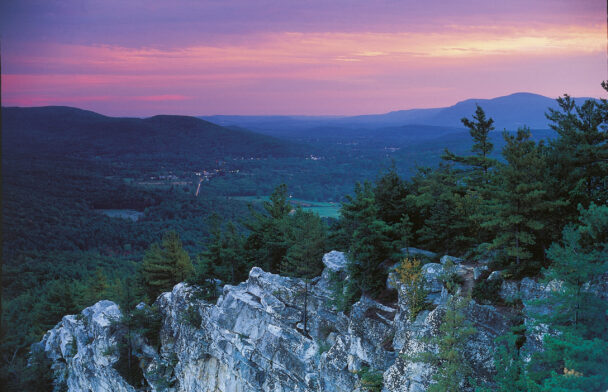 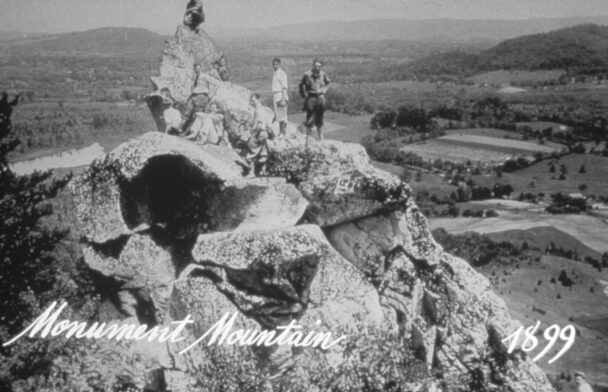 Visit the Monument Mountain page for photos, information on admission, nearby events, directions, a property map, and more
Visit