Trustees’ State of the Coast Report for Martha’s Vineyard and Nantucket Finds Landmarks, Homes, and Landscapes Threatened by Accelerated Flooding, Erosion by 2050 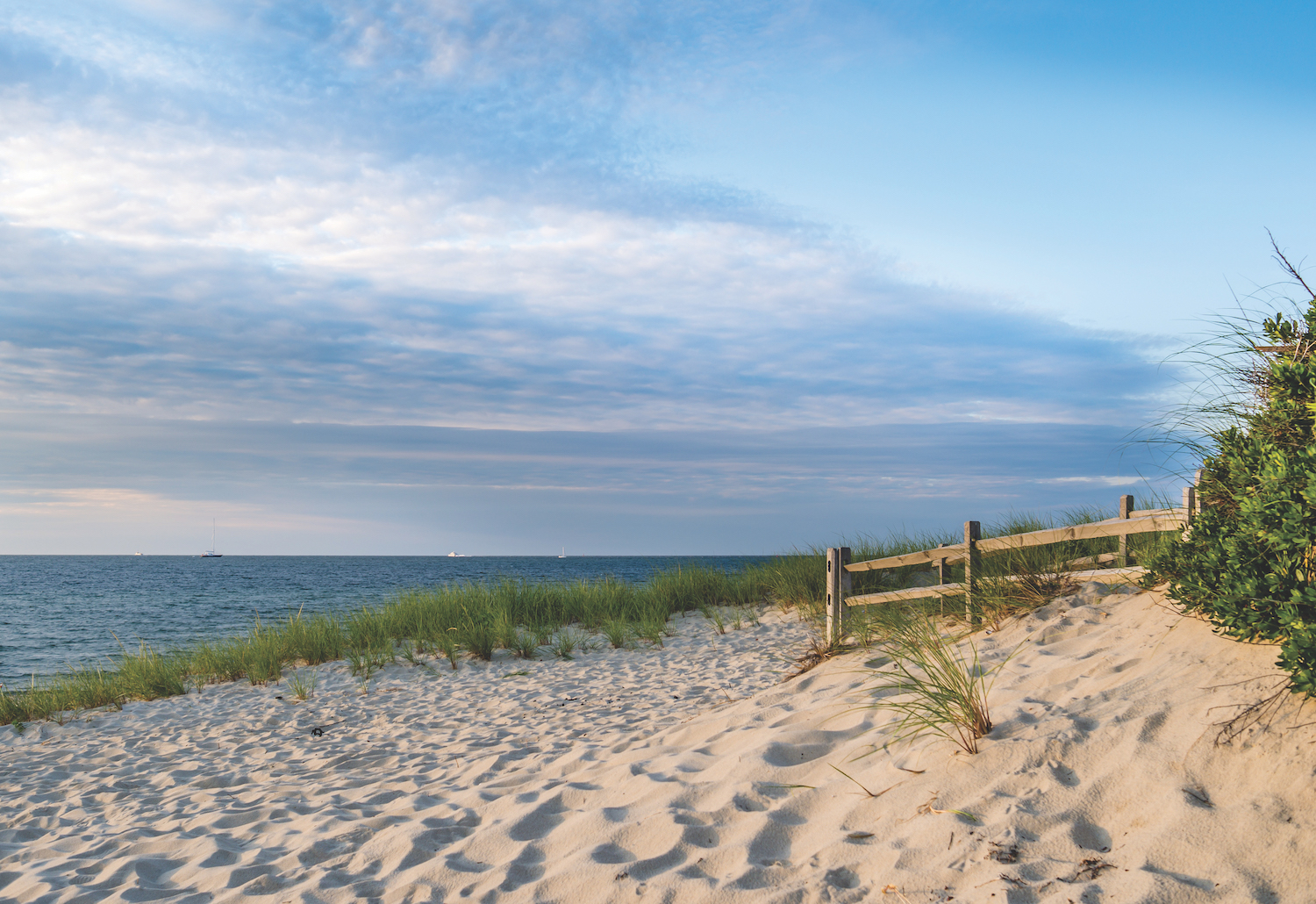 AUGUST 4, 2021 – By 2050, more than 3,500 structures on Martha’s Vineyard and Nantucket may be impacted by storm flooding and up to 3,000 acres of coastline are at risk of eroding, according to a new State of the Coast report released today by The Trustees of Reservations.

“The impacts of flooding and erosion on these beloved Islands will affect thousands who live and work there, and the thousands more who visit each summer,” says Tom O’Shea, Trustees Managing Director of Resources and Planning. “To put this into perspective: today’s storm is tomorrow’s high tide. The storm surge from Winter Storm Riley in March 2018 produced a water level on Martha’s Vineyard that is roughly equivalent to the average height of the highest tide projected for 2050.”

Among other key findings:

“Global climate change presents an imminent and serious threat to public health, safety and the economy – and to the unique coastal habitats on Nantucket and Martha’s Vineyard,” said U.S. Senator Edward Markey. “This report magnifies the importance of taking bold steps now to avoid the worst impacts of climate change and to protect these irreplaceable and invaluable wild treasures. Congress must work to strengthen environmental policies and make robust investments in climate resilience and green infrastructure in our communities before it’s too late.”

The report’s projections are based on publicly available data and evidenced-based reports from private and public organizations and agencies as well as independent research.

“Climate change is the greatest threat facing our region and, as shown by the Trustees report, it is not a hypothetical issue to deal with down the road, it is literally eating away at our Islands today,” said Congressman Bill Keating, who represents southeastern Massachusetts in Congress. “All levels of government must collaborate and prioritize both conservation and coastal restoration initiatives. We must step up to protect our local ecosystem and economy before it is too late.”

“The failure to act globally on climate action means that coastal communities will have to quickly adapt to rising seas and ever powerful storms,” said State Rep. Dylan Fernandes, D-Falmouth. “As a fourth generation Cape and Islands resident, I understand firsthand the unique challenges this coastal region faces and how important it is to act on the recommendations outlined in this report.”

The Trustees looks at current efforts by the Islands to develop and implement more comprehensive climate resiliency plans and collaborate on an increasing number of initiatives. The report also proposes a series of potential actions that could occur in stages, such as elevating structures, building resilient connections, optimizing harbor planning, and investing in ecological preservation and restoration – all in cooperation with local, state and federal agencies and funding. Adapting to a new normal may mean recalibrating the definition of normal. The report states, “Having shifted our mindset, we can then collaborate to design and implement a grand strategy for each island — and even the Islands together — that considers a whole greater than the sum of its parts.”

“The Trustees’ second State of the Coast Report provides a 30-year outlook for collaboratively managing climate risks on the Commonwealth’s island communities, and the Baker-Polito Administration is pleased to have supported the development of data and resources which informed the report,” said Massachusetts Office of Coastal Zone Management Director Lisa Berry Engler. “Massachusetts’ coastal communities face significant challenges, such as erosion, flooding, and sea level rise, which is why Governor Baker has proposed a plan that would direct nearly $1 billion of federal ARPA funding to address urgent environmental priorities, including $300 million for climate resilient infrastructure to help our coastal areas prepare for the impacts of climate change.”

“The State of the Coast report provides our islands a roadmap for moving forward as we grapple with the potentially devastating impacts of climate change,” said Cecil Barron Jensen, executive director of ReMain Nantucket. “Like our fragile yet resilient islands, coastal communities around the world are up against the clock. We need to work together at all levels to envision our way forward, in an adaptive and innovative way. ReMain Nantucket is proud to be a supporter of The Trustees and the partnering sponsor of this timely and critically important report.”

Coastal landowners, town officials, and other stakeholders can use State of the Coast to identify areas of critical concern and prioritize investments in mitigation efforts and resilience projects. The report also offers a visual comparison of community impacts, town-by-town and a proposed timeline for change—a multi-pronged, flexible approach.

The State of the Coast report is the latest of a series of reports published over five years. The previous report looked at coastal impacts on the North Shore. A full PDF of the report can be downloaded at thetrustees.org/coast, where interactive mapping and more detailed data is also available.

“Felt especially on islands, where resources are more limited and connections tenuous, the impacts of sea level rise and storm surge are forecast to be significant disruptors,” says Jocelyn Forbush, Trustees Acting President and CEO. “Already we’ve seen our beaches shift, witnessed our banks erode, and experienced our coastal access roads flood—we know difficult decisions lie ahead. But with change comes opportunity: Now is a chance to reimagine how we live with water and to do so on a regional scale, with island-wide solutions.” 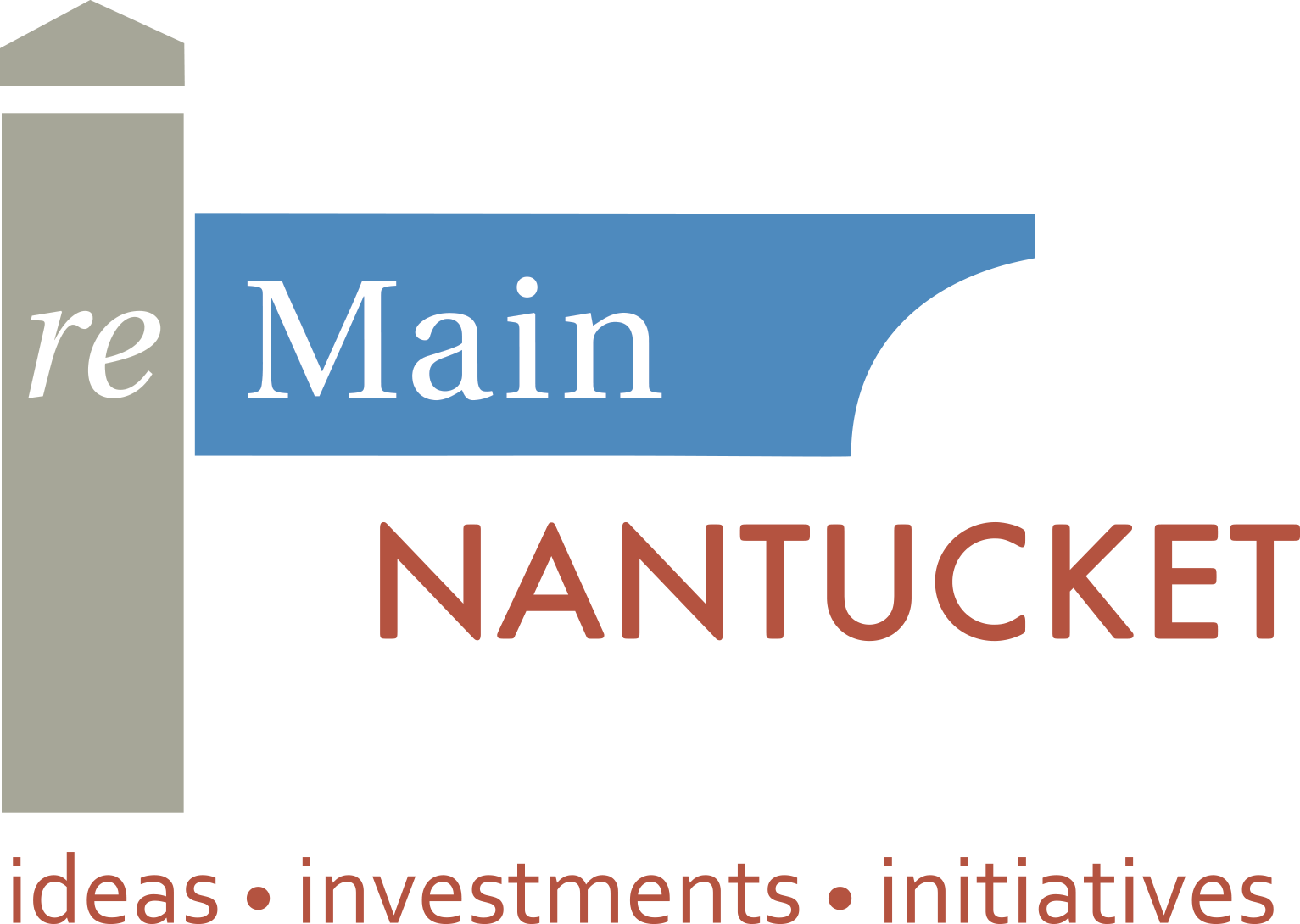 ReMain Nantucket and ReMain Ventures are funded by Wendy Schmidt and her husband Eric to support the economic, social and environmental vitality of the island of Nantucket. In addition to ReMain Nantucket providing grants and sponsorships to support sustainable and cultural initiatives across the island, ReMain Nantucket has worked in conjunction with ReMain Ventures to revitalize the downtown district year-round through the preservation of historic buildings that are home to a mix of nonprofit and commercial businesses. The Envision Resilience Nantucket Challenge, an initiative of ReMain Nantucket, seeks to inspire the Nantucket community and coastal communities around the world to imagine a future that is adaptive in the face of sea level rise. Learn more at www.envisionresilience.org.

More about Breckinridge Capital Advisors
Breckinridge Capital Advisors is a Boston-based, independently owned asset manager specializing in investment grade fixed income portfolio management. Working through a network of investment consultants and advisors, we serve a wide variety of clients ranging from high net worth individuals to large institutions. Breckinridge’s assets under management totaled more than $46 billion as of June 2021.