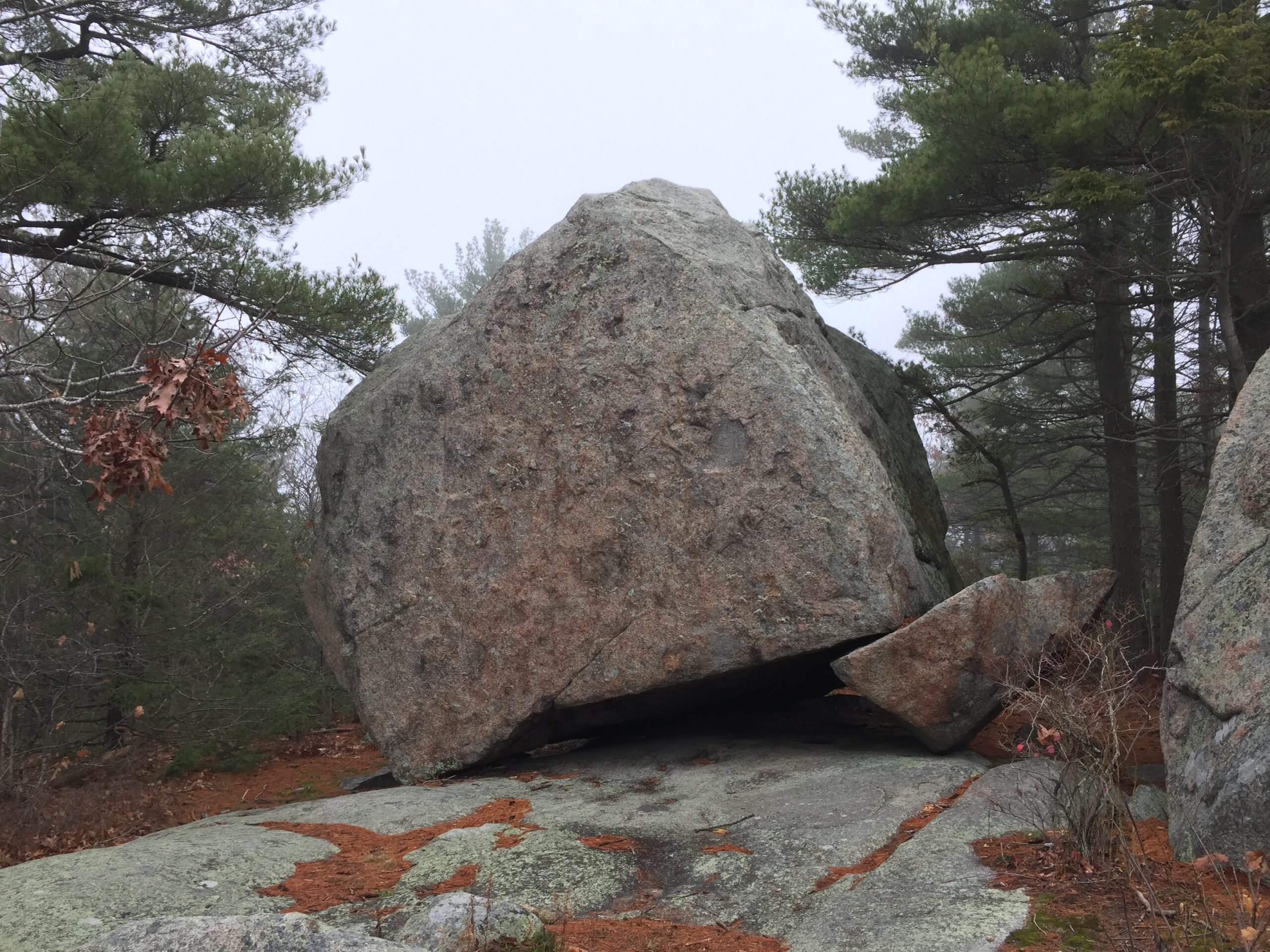 The Trustees of Reservations (The Trustees) today announces its Agassiz Rock property in Manchester-by-the-Sea has been renamed “The Monoliths”—a nod to the site’s two, massive granite boulders. The change comes after more than a year of reflection and deliberation regarding the legacy of Louis Agassiz, the 19th century biologist who proposed non-white human groups are inherently inferior.

Agassiz’s work in theorizing that the rocks that dot New England’s landscape were shaped and deposited by glaciers and not as a result of the biblical flood that necessitated Noah’s Ark, as believed at the time, was groundbreaking and crucial. However, his vehement polygenism teachings—the view that humans of varying skin color are of different origins and non-white races were inferior—was egregious and cannot be overlooked.

“The mission of The Trustees is to preserve, for public use and enjoyment, properties of exceptional scenic, historic, and ecological value in Massachusetts for all people regardless of race or skin color,” said Janelle Woods-McNish, Managing Director of Community Impact. “While we cannot and will not overlook Agassiz’s scientific contributions, maintaining the Agassiz name on this property would run counter to our goals of inclusion and acceptance for each and every one of our guests who deserve to feel welcome at our special places.”

The Trustees first began discussing a name change in late 2020 during an intensive round of internal research including Agassiz’s scientific publications, his teachings, and the history of the property. This is the first time in the organization’s 130-year history a property has been renamed. An internal process was developed not only to review and research the historical context of this property, but to develop a fact-based and uniform approach to consider problematic historical ties and potentially insensitive language across all of The Trustees’ 123 properties in the Commonwealth.

This move follows similar decisions by The Trustees in recent years.

In 2021, in partnership with the Stockbridge-Munsee Community Band of Mohican Indians, other insensitive names like “Squaw Peak” and “Indian Trail” at Monument Mountain in the Berkshires were changed to Peeskawso Peak (meaning “virtuous woman”) and Mohican Monument Trail.

“Coming to terms with our history is complex and can be contentious, but The Trustees has committed itself to the learning process and embraces this as a journey that doesn’t end but rather evolves,” said President & CEO John Judge.

More about The Trustees
Founded by landscape architect Charles Eliot in 1891, The Trustees has, for more than 130 years, been a catalyst for important ideas, endeavors, and progress in Massachusetts. As a steward of distinctive and dynamic places of both historic and cultural value, The Trustees is the nation’s first preservation and conservation organization, and its landscapes and landmarks continue to inspire discussion, innovation, and action today as they did in the past. We are a nonprofit, supported by members, friends and donors and our 123 sites are destinations for residents, members, and visitors alike, welcoming millions of guests annually. www.thetrustees.org.