The Trustees Changes Names of a Trail & Peak at Monument Mountain 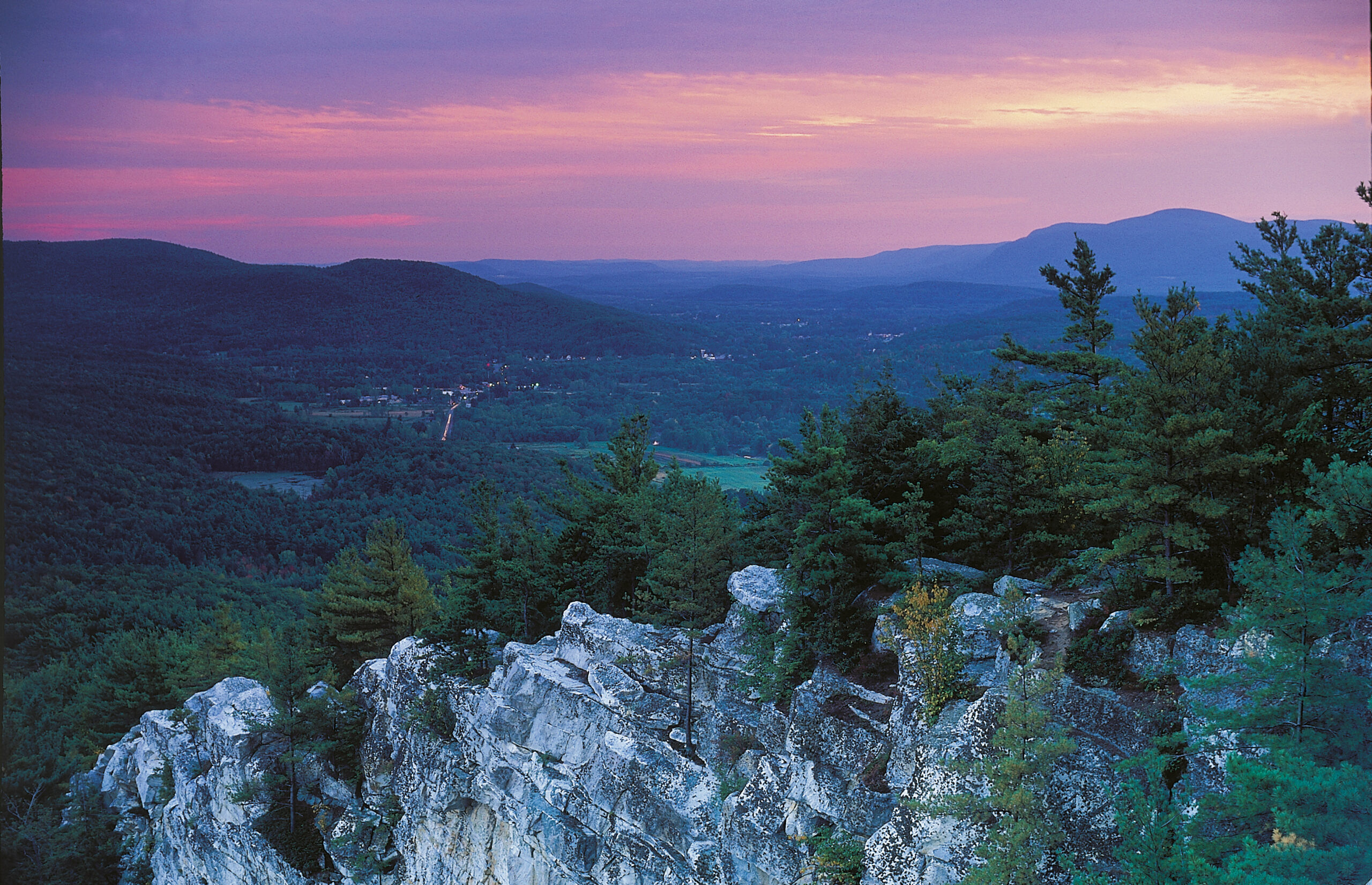 The Trustees of Reservations (The Trustees) today announces it has officially changed two names related to its Monument Mountain site, after working closely with the Indigenous descendants of the people who once called the area home.

Indian Monument Trail has been renamed “Mohican Monument Trail” and Squaw Peak is now called “Peeskawso Peak,” (pronounced / Pē: skãw. sō /) which means virtuous woman in the Mohican language. These changes were discussed at great length and approved by the Stockbridge-Munsee Community Band of Mohicans who collaborated with The Trustees for more than a year in general acknowledgement that the term “Indian” is considered offensive, and “squaw” is an ethnic and sexist slur.

“Being able to rename these areas in our homelands is a great honor but also an opportunity to take back our history and to right a wrong,” said Heather Bruegl, Director of Cultural Affairs for the Stockbridge Munsee Community. “By removing offensive language, it gives us an opportunity to correct the historical narrative.”

Stockbridge-Munsee leaders also suggested reframing the narrative at Monument Mountain to focus on the history of the Indigenous people who called the property home, rather than filtering everything through the lens of the famed picnic between Nathaniel Hawthorne and Herman Melville on the mountain in 1850. The Trustees has designed new signage to reflect these changes that will be installed at the site by the end of April.

“We are immeasurably grateful to the Stockbridge Munsee Community for helping us set the record straight by reevaluating the language and historical perspective at Monument Mountain,” said Brian Cruey, Director of Southern Berkshires Properties. “Making our properties more inclusive and accessible so all of our visitors feel welcome is at the heart of our mission, and we realize that entails listening, learning, and making changes.”

The Trustees undertook a similar endeavor several years ago at The Mission House in nearby Stockbridge, built in 1742 by Rev. John Sergeant, a minister who established a religious mission among the Mohicans. The property was turned into a museum and recognized as a National Historic Landmark, but the original interpretation told the story through Sergeant’s eyes. At the suggestion of the Stockbridge-Munsee Mohicans, that space now houses a display written by tribal members detailing their history, shifting the narrative to Indigenous peoples instead of white colonists.

The Trustees has also formed an internal committee and developed a review process to examine property names and tributes through a set of mission-aligned criteria across its entire portfolio of 120 properties.

“The Trustees’ commitment to DBIE (Diversity, Belonging, Inclusion, Equity) is deeply grounded in our mission to protect and share Massachusetts’ iconic places for everyone, forever. Together, we carry forth this belief by seeking to create inclusive spaces of belonging for Trustees staff, members, volunteers, and communities,” said Janelle Woods-McNish, Managing Director of Community Impact. “We acknowledge that creating inclusive spaces where everyone feels welcome will be a learning journey for the organization and for all of us as individuals.