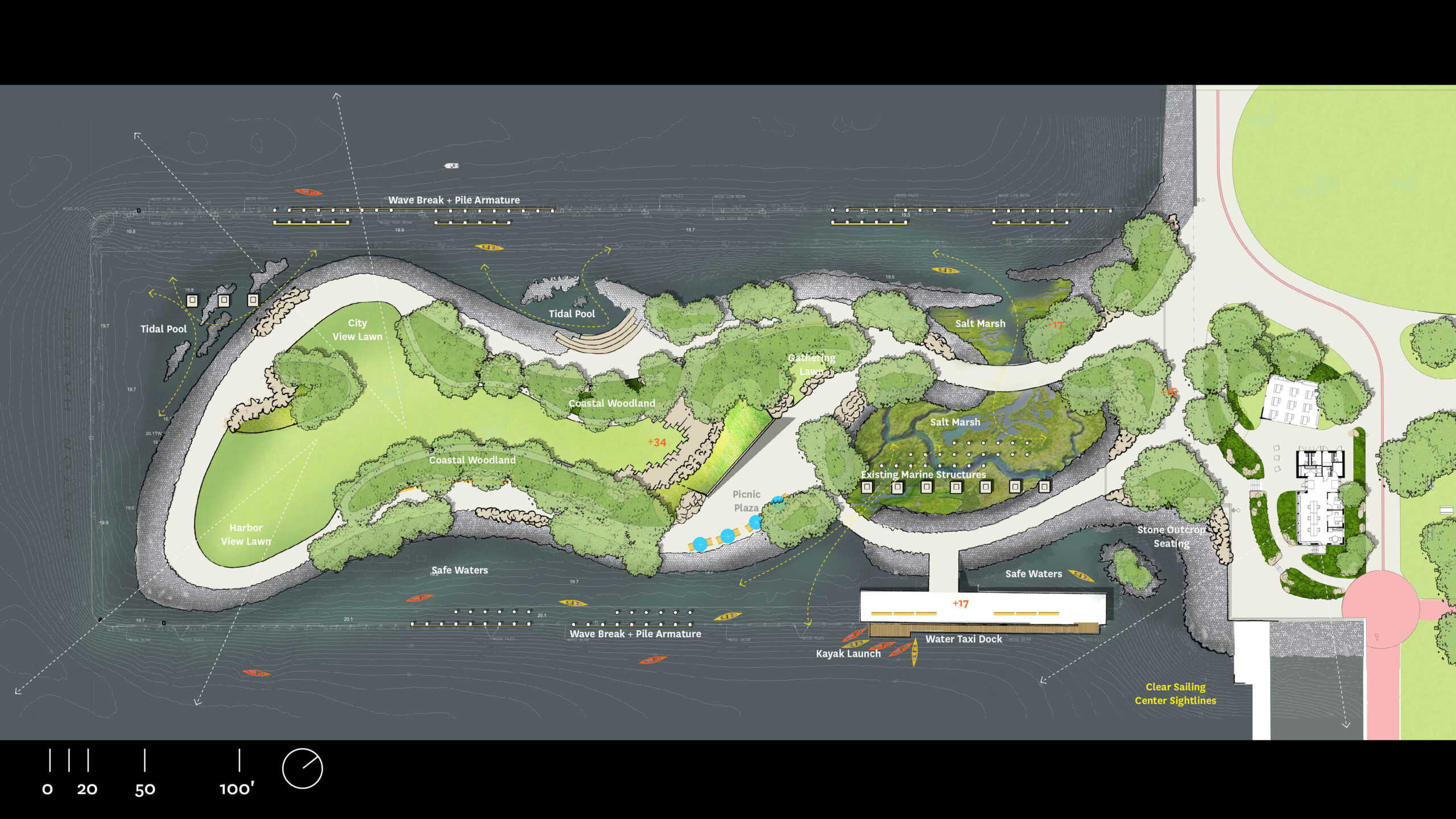 The Trustees of Reservations (The Trustees) has received $2M in federal funding for the future Piers Park III in East Boston, the non-profit’s first climate resilient waterfront open space project in Boston.

“I’m proud to work with my colleagues to bring tens of millions to Massachusetts to grow community-based projects that serve our families, businesses, and cities and towns every day,” said U.S. Senator Markey. “Bringing a world-class, climate resilient park to the environmental justice community of East Boston will strengthen our resiliency and our economy, while ensuring that locals can access public green space.”

“The Massachusetts delegation and I secured $2 million in federal funds to design and construct the future Piers Park III in East Boston, which has long held a disproportionate burden of pollution and climate change,” said U.S. Senator Warren. “This park will serve as an example of a climate-resilient greenspace for our nation, and I look forward to seeing the park flourish as a hub of recreational activity for the entire community.”

With official site designation from the Massachusetts Port Authority (Massport), The Trustees is working to design and construct the waterfront park on what is currently an abandoned pier in the Environmental Justice community of East Boston. The Trustees will build and operate the park—adjacent to the current Piers Park I and future Piers Park II—under a long-term ground lease with Massport. A community design process launched in 2021 and will continue through 2022 to finalize the landscape, programming, and park features. Construction is expected to begin in mid-2023.

“These federal resources will help initiate, strengthen, and expand community-based projects that serve our families and communities every day,” said Congresswoman Pressley. “This world-class waterfront park, designed in close partnership with the environmental justice community of East Boston—will provide a resilient outdoor green space for all to enjoy. I’m proud to have helped deliver these resources and look forward to seeing these critical projects move forward.”

The $2M will contribute to the construction of the park – an estimated $35 to $40M project that is being funded largely through philanthropic contributions The Trustees is raising from a mix of private individuals, foundations and corporations. To date, $28.5M has been committed to build Piers Park III.

“We are grateful to Senator Warren, Senator Markey, and Congresswoman Pressley for their leadership in advocating for these funds, which bring us closer to creating an iconic public space on Boston’s Harbor,” said Trustees President and CEO John Judge. “Protecting outdoor spaces for everyone is at the heart of our mission—and the reason behind our founding in Boston 130 years ago. Free and open to the public, Piers Park III will be a welcoming and resilient space, for generations to come.”

Altogether, Phases I, II, and II will provide 14.5 acres of public open space – a landscape more twice the size of Christopher Columbus Park in Boston’s North End. When complete, the Piers Park complex will provide more than a mile of accessible waterfront trails for walking or jogging. A new drafted design for Piers Park III, created by The Trustees and Michael Van Valkenburg Associates, Inc., was shared in February, incorporating community feedback gathered throughout 2021. The next design update is slated for release this summer.

“The updated design for Piers Park III features open green lawns with stunning views of the Boston skyline, a kayak launch, tidal pools, and marine and upland habitats,” noted Nick Black, Managing Director for The Trustees Boston Waterfront Initiative. “This park will offer unique and exceptional public access to the water, something frequently requested during public outreach. We are grateful to Senators Warren and Markey and Congresswoman Pressley for this significant funding, and look forward to bringing a world-class, equitable space to the people of East Boston and beyond.”

Senators may request CDS funding for projects in their state each fiscal year, and a small number of proposals are awarded. In requesting the funds for Piers Park III, Senators Warren and Markey noted the future park’s strategic design to buffer East Boston from flooding events and urban heat island effects.

“The creation of Piers Park III advances a bold vision for iconic, public open space on Boston’s Harbor, managing a world class park that supports diverse community needs, brings value to the city’s climate resiliency goals, and serves as welcoming public outdoor spaces helping people stay physically and mentally healthy and active,” the funding request describes. “Piers Park III would be among the first climate resilient parks of this size in Boston, advancing the industrial re-use of an abandoned pier and turning it into a critical public amenity…Piers Park III will be strategically designed to help to buffer East Boston from flooding events due to storms, tidal flooding, and sea level rise; the park space will also help mitigate heat island effects.”

ABOUT THE TRUSTEES
Founded by landscape architect Charles Eliot in 1891, The Trustees has, for 130 years, been a catalyst for important ideas, endeavors, and progress in Massachusetts.
As a steward of distinctive and dynamic places of both historic and cultural value, The Trustees is the nation’s first preservation and conservation organization, and its
landscapes and landmarks continue to inspire discussion, innovation, and action today as they did in the past. We are a nonprofit, supported by members, friends and
donors and our 123 sites are destinations for residents, members, and visitors alike, welcoming millions of guests annually. www.thetrustees.org.