What Was the Civil War and Why Won't It Go Away? 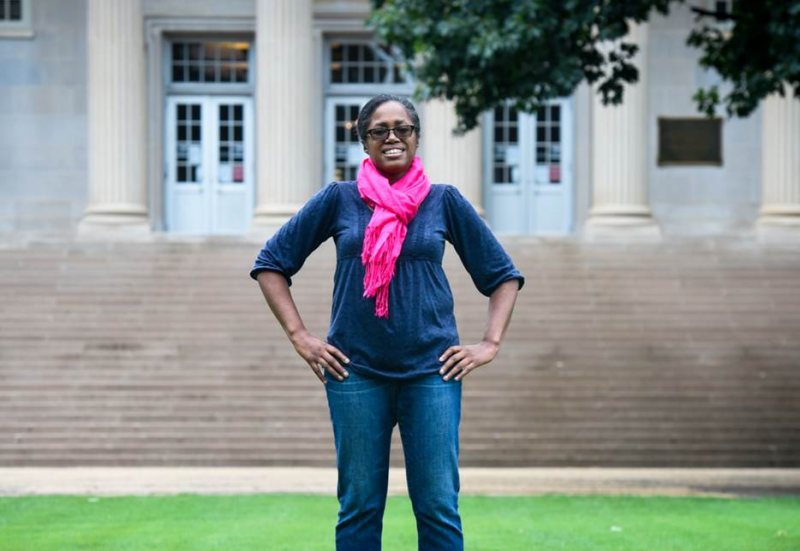 Collective memories and understandings of the Civil War have been contested ever since Confederate forces surrendered to the Union Army on April 9, 1865. In subsequent years, the proliferation of Confederate monuments across the country, as well as prominent displays of the Confederate Battle Flag, have led to much debate. These topics are central to artist Sonya Clark’s exhibition at deCordova, titled Monumental Cloth, The Flag We Should Know.

Hilary Green is Associate Professor of History and co-director of the African American Studies Program at the University of Alabama . A specialist in Civil War history and memory and the Black Atlantic, Dr. Green has published on a wide range of subjects, including the artwork of Sonya Clark. She is the author of Educational Reconstruction: African American Schools in the Urban South, 1865–1890 (2016) and co-editor of the book series Reconstruction Reconsidered.

This lecture is presented in conjunction with the opening of two exhibitions of immersive work by the textile artist Sonya Clark: Monumental Cloth, The Flag We Should Know and Heavenly Bound. Monumental Cloth examines the way symbols inform our understanding of history and identity by centering the little-known Confederate Flag of Truce. Heavenly Bound honors self-emancipated Black Americans on the Underground Railroad, focusing on the navigational and symbolic function of the North Star and Big Dipper.