Born in Maui, Hawai‘i
Lives and works in Cambridge, MA 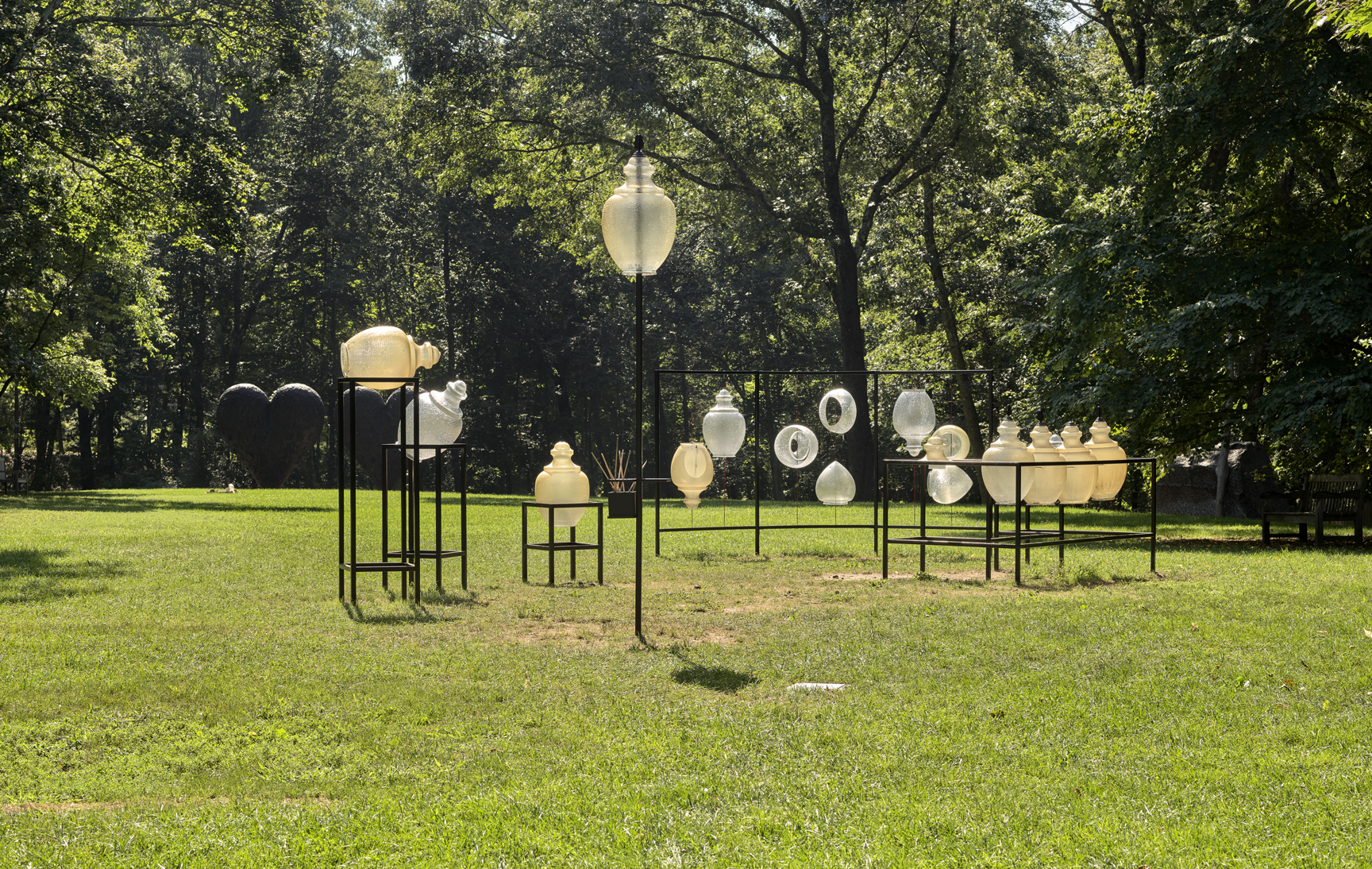 Andy Graydon often creates sound-based installations, films, and sculptures to address themes of community, history, and language. He is drawn to second-hand objects that reveal traces of their history, questioning how their meaning changes when placed in a new context. For his exhibition Fig. 1 (these things we know), at the Honolulu Museum of Art in 2015, Graydon replaced works from the museum’s collection with recorded descriptions of their characteristics and provenance. Faced with a gallery empty of physical artifacts, the viewer was left to rely on spoken word rather than visual information to discern the works “on view.”

For his original PLATFORM commission, Graydon has created instruments intended for collective performance made from discarded city street lamp globes. Rather than casting light, the street lamps in City Lights Orchestra are intended to resonate with sound. Sourcing most of the hollow plastic forms from Cambridge, Graydon has fashioned them into sculptures modeled after the Indonesian gamelan, a musical device characterized as “one instrument played by many people.” The gamelan is typically comprised of a large set of bells, drums, and gongs that create a signature percussive music when played collectively. Graydon’s version mimics the traditional gamelan design, with the repurposed plastic globes arranged as table-top bonang or suspended from metal frames like gong ageng. City Lights Orchestra also incorporates references to Japanese Taiko drums, the sculptural instruments of American composer Harry Partch, and the Futurists’ intonarumori.

City Lights Orchestra complements other sound-inspired sculptures in the Sculpture Park, from the nearby Musical Fence (1980) by Paul Matisse, to Nancy Winship Milliken’s Pasture Song (2018) made from used cello bow strings, and even Ron Rudnicki’s Rain Gates (2000), in which the sound of trickling water descending the hillside becomes a subtle score to visitors’ experience of the landscape. Installed in an S-shaped formation, City Lights Orchestra is intended to take on a variety of roles, depending on who is approaching it. For the passive viewer it is a sculptural assemblage, while for the more active viewer it becomes an interactive artwork intended for play and collaboration. The many possibilities for engaging with City Lights Orchestra reveal the work’s true form as a sculpture-in-the-making, an ongoing composition performed in both structure and sound.

Born in Maui, Hawai‘i
Lives and works in Cambridge, MA