This site was a major center of New England maritime industry.

Archival Collections
Archival material related to Norris Reservation is available to researchers at the Archives & Research Center in Sharon, Massachusetts. 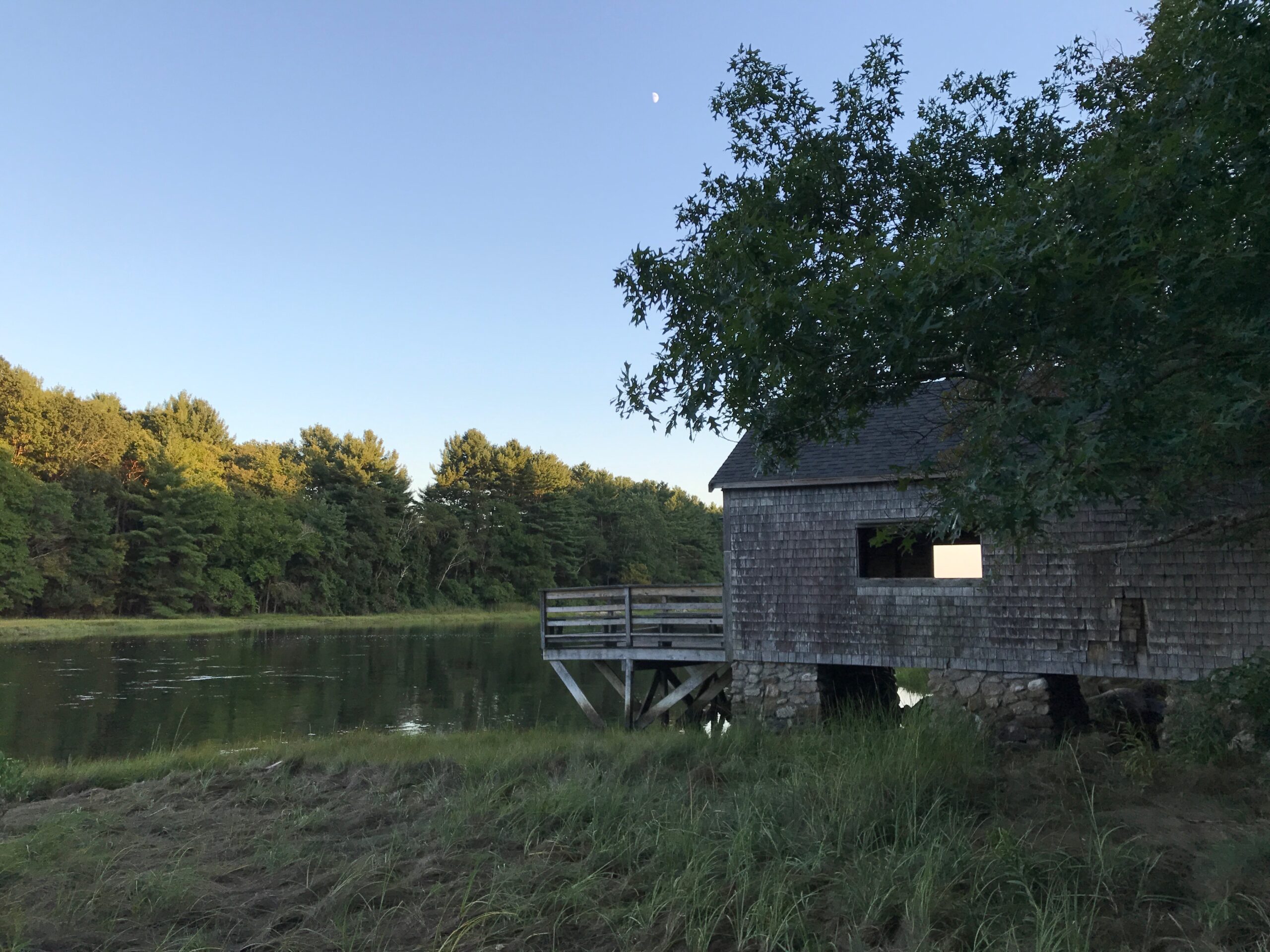 Property History
Shipbuilders operated on the North River within 30 years of the Pilgrims’ landing at Plymouth, 20 miles south. During the next two centuries, the river and the communities it flowed through would comprise a major center of New England maritime industry. More than 1,000 boats were built along the North’s banks, until after the Civil War. During that era, the land where the Norris Reservation now sits and adjacent properties supported several shipyards.

White pine and oak, species still found at Norris, supplied timber for masts and hulls. Among the renowned ships built at the riverside yards were the Beaver, of Boston Tea Party fame, and the Columbia, which explored the Pacific Northwest and for which the Columbia River was named.

The reservation preserves more than vestiges of its shipbuilding past, however. The pond and dam on Second Herring Brook once helped power the saw mills and grist mills that operated here; a mill shaft still sits in the brook. Nearby rests a round stone once used to crush grain. A network of thick, carefully constructed stone walls, now lichen covered and crumbling, served to define property lines and separate pasture from crop land.

In the 1920s, Albert and Eleanor Norris began purchasing land along the North River, a National Natural Landmark and a Commonwealth of Massachusetts Scenic River. They eventually built a cottage, cut a trail system, opened up the shady forest to attract wildflowers and ferns, and created a haven for woodland and riverside wildlife.

Archival Collections
Archival material related to Norris Reservation is available to researchers at the Archives & Research Center in Sharon, Massachusetts.

Hike past a former mill pond, cross a wetlands boardwalk, and explore a forest of pine and oak on your way to a boathouse on the banks of the tidal North River.
Visit