Branches on armature
First exhibited in 2018, Marcus Garvey Park in partnership with the Studio Museum in Harlem, New York, NY 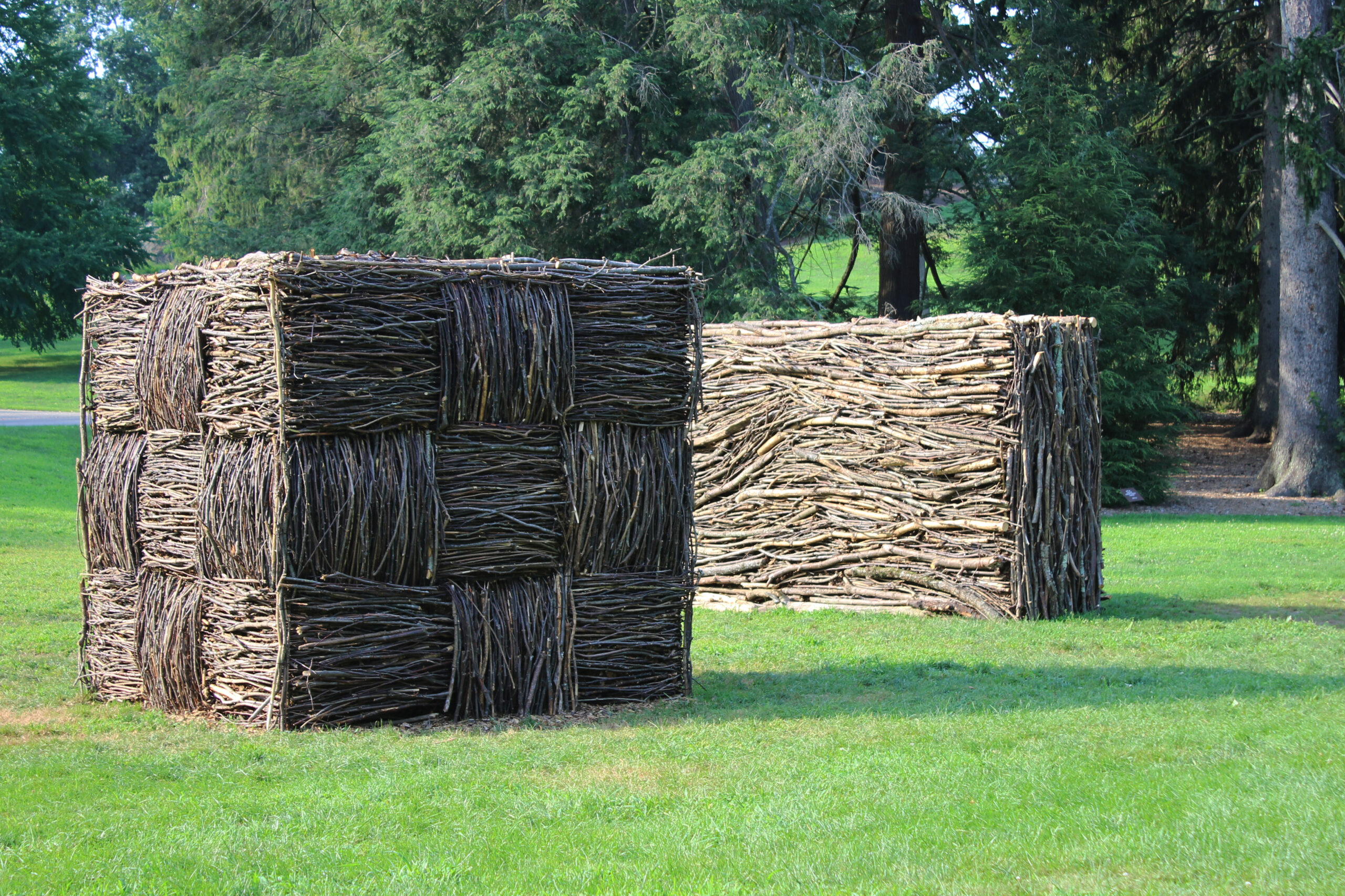 Since the 1970s, Maren Hassinger has explored the complexities of human connection and community through sculpture, performance, video and graphic work. Her sculptures make use of natural and industrial materials—metal rope, newspaper, and leaves—and reference the locations in which they are constructed. According to Hassinger, “All spaces have meanings and associations, and I use space as a palpable material.” Foregrounding connections between social inequality and environmental crises, Hassinger first performed her piece Pink Trash in 1982, finding rubbish scattered throughout parks in New York City and painting them pink. Park users took an interest in the transformed trash, appreciating its visual qualities and disposing of it in joyful, communal clean-up efforts. Hassinger has also worked for decades with wire rope, blending traditions of fiber and metallic craft to create sculpture that references natural forms, such as bushes and vines, and brings a heightened awareness to the precarity of one’s body moving through space. She developed these potentially threatening works in the 1970s as a response to the way she felt as an artist of color working within predominantly white art institutions.

Hassinger originally created her two large-scale works in deCordova’s Sculpture Park, Monument 3 (Standing Rectangle) and Monument 6 (Square), for Marcus Garvey Park in Harlem. Commissioned by the Studio Museum in Harlem, the sculptures are primary geometric forms, yet their textured surfaces echo the intricacies of natural growth. Branches, twigs, and sticks collected from the park and neighboring properties completely cover over the sculptures’ metal framework. Installed among deCordova’s trees and plantings, Monument 3 and Monument 6 become centerpieces for, and backdrops to, the activities in the Park, from strolling and picnicking to napping and contemplation. The twisted branches are woven tightly to create a cohesive volume, while subtly emphasizing the vertical and horizontal lines in the landscape. The Monuments were constructed at deCordova by volunteers in the summer of 2019, thus fusing the connection between community and nature that is crucial to Hassinger’s work.

Born in Los Angeles, CA in 1947, Hassinger attended Bennington College in Vermont and graduated with a degree in Sculpture in 1969. She returned to Los Angeles and was the first student to earn an MFA in Fiber Structure at the University of California, Los Angeles in 1973. Hassinger served as Director of the Rhinehart School of Sculpture at the Maryland Institute College of Art from 1997 to 2018 and currently lives and works in New York City.

Curatorial Assistant, Elizabeth Upenieks leads us on a virtual tour of Maren's work.

Thank you to our volunteers!

While Monuments was created and designed by Maren Hassinger, the construction of theses sculptures would not have been possible without the assistance of the following volunteers:

Branches on armature
First exhibited in 2018, Marcus Garvey Park in partnership with the Studio Museum in Harlem, New York, NY