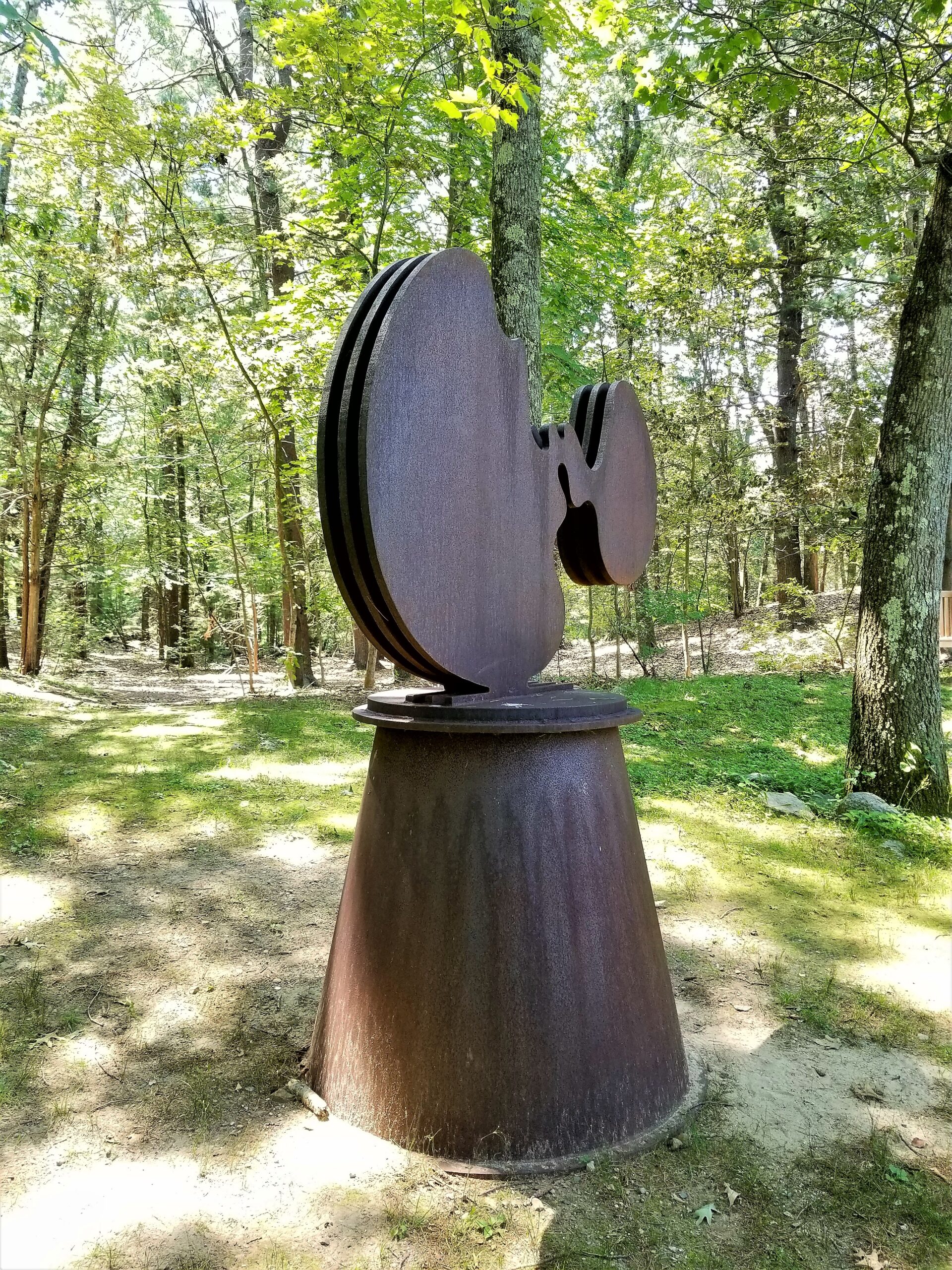 Dennis Kowal’s flame-cut, solid steel sculptures are inheritors of the Modernist tradition. Their machine-age materials and fabrication, as well as their biomorphic, abstract forms have been influenced by modern masters including Jean Arp, Alexander Calder, and David Smith. Kowal’s Migration Series No.7, a three-dimensional drawing in space, is an image of osmosis, and, according to the artist, “…a non-literal manifestation of environmental entropy…a form of celestial rhythm in eternal flux.” Its rusted surface bears an intentional resemblance to earth tones, and the liquidity of the image is reinforced by its multiple series of overlapped identical parts.