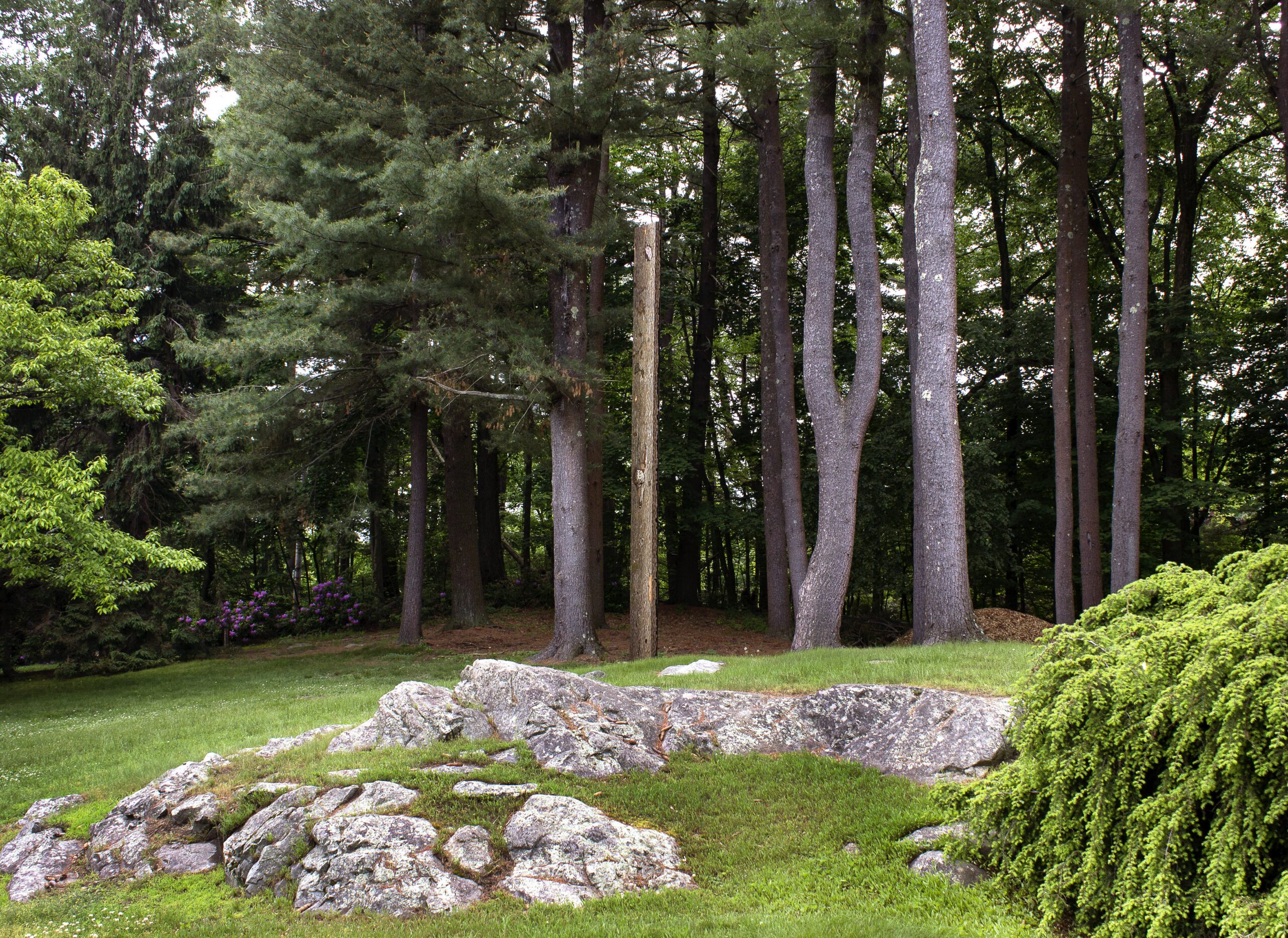 Working from observation, Josephine Halvorson makes intimate painted studies of the world around her. Her subjects range from human-made objects like wooden doors, sidewalks, and concrete foundations to detailed renderings of the forest floor. In describing her selection process, the artist explains: “Certain things catch my eye, calling out to me in some way. In that moment something real and palpable, private and psychological happens.” With patience and attention, Halvorson manipulates the medium and surface texture of her paintings to produce an almost trompe l’oeil depiction of the object. She often works outdoors and completes her paintings in one sitting, viewing this practice as a way to observe her environment and record the passage of time. She explains that she is “trying to make paintings out of experiences, of sensations.…I want to paint that which is perceptible but not necessarily visible, such as history, time, emotion, memory.”

Halvorson’s recent body of work emphasizes the relationship between scale and the human body. Measure (Tree) is a hand-painted replica of a fallen tree the artist discovered near her studio in western Massachusetts. Working on a twenty-four-foot plank of wood, Halvorson painted each side to resemble the tree’s characteristics, carefully translating every detail onto the surface of her wooden “canvas.” On one side, daubs of paint convey the bark’s texture while on the other, an illusionistic spray-painted red arrow runs the length of the trunk. The double-headed arrow appealed to Halvorson as a symbol used to measure length in architecture and design. Such spray-painted marks are most commonly associated with urban construction projects, but this synthetic material also appears in the natural landscape as a method of indicating hiking trails. Halvorson hopes the sculpture encourages close-looking and curiosity on the viewer’s part. Installed among a group of towering pine trees in deCordova’s Sculpture Park, Measure (Tree) simultaneously blends in with its surroundings and stands out as an unnatural presence that draws us in to examine the work and its environment with more care.

Measure (Tree) is one in a series of three site-specific painted sculptures that Halvorson created in 2016 for the Storm King Art Center in upstate New York. Intrigued by the subjective nature of perception and scale, she created three different types of rulers intended to aid viewers in gauging their relationship to the environment. Halvorson refers to these works as “instruments” or “measures,” describing how “they give a way to understand your own height and the size of your body in relation to the landscape, whether natural or artistic.”

Born in 1981 in Brewster, Massachusetts, Halvorson lives and works in western Massachusetts and Boston. She earned a BFA from The Cooper Union, New York, in 2003 and an MFA from Columbia University, New York, in 2007. She is the recipient of a Fulbright Fellowship to Vienna, a Louis Comfort Tiffany Foundation Grant, a New York Foundation for the Arts Award, and a fellowship at the French Academy in Rome. Recent solo exhibitions include As I Went Walking (2017) at Sikkema Jenkins & Co., New York, and Outlooks: Josephine Halvorson (2016) at Storm King Art Center, Mountainville, New York. Halvorson is Professor of Art and Chair of Graduate Studies in Painting at Boston University.