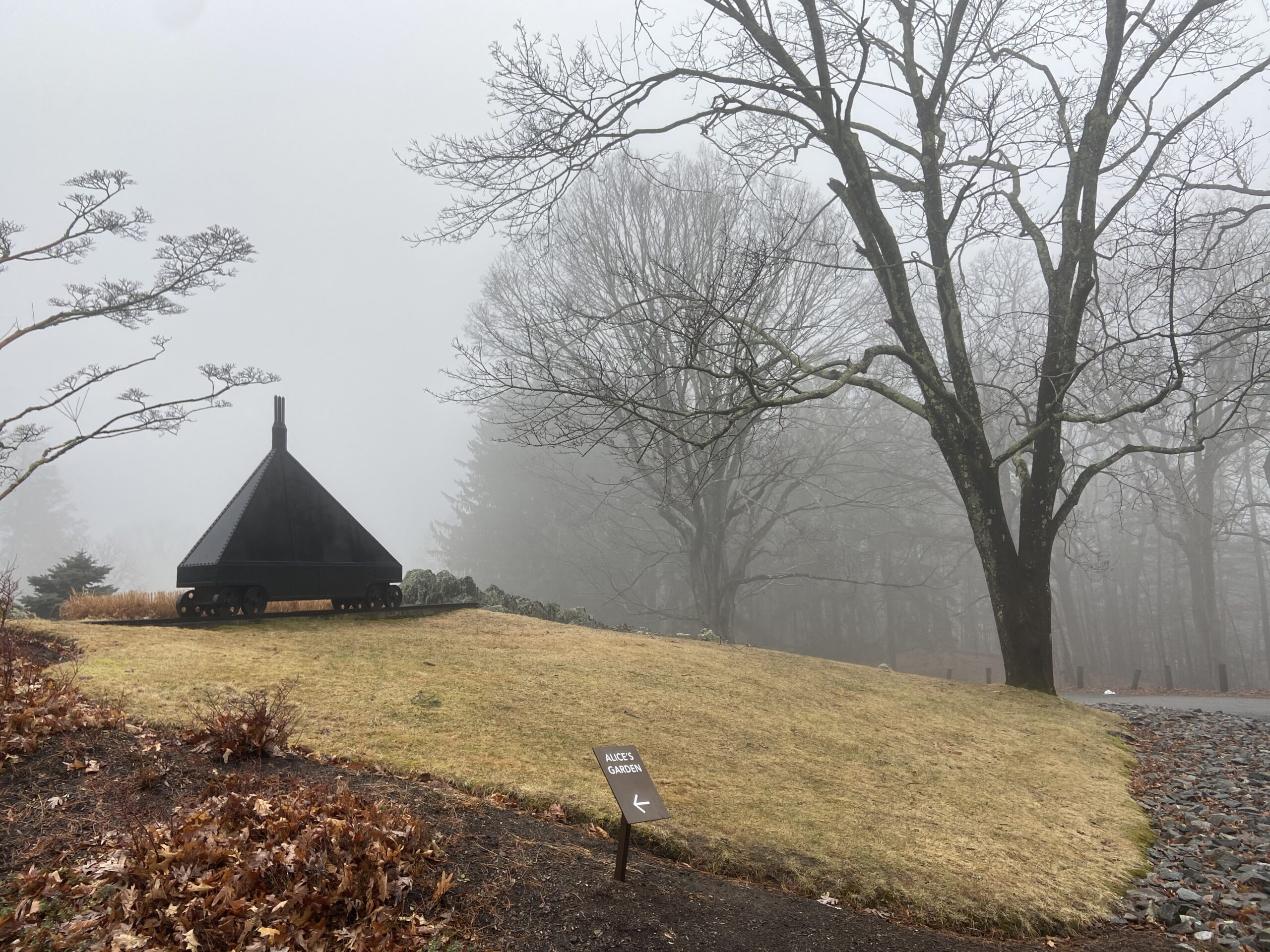 George Greenamyer’s kinetic artworks and public installations celebrate the working class by looking back to the golden years of industrial manufacturing. In the 1970s, Greenamyer built a series of steel structures on wheels, often designed in the likeness of houses. When conceiving these vehicles, he prioritized efficiency, precision, and cleanliness to illustrate the aesthetic value of the machine. As functioning, kinetic objects with rotatable wheels­—and later, electric motors—they are machines as works of art. They reflect on the artist’s interest in the construction of a social utopia sustained by industrial power. Greenamyer has extended these concerns to his public art commissions, many of which explore their site’s history in relation to labor. Between 1964 and 1994, he completed nearly thirty commissions with an assembly line-like efficiency, collaborating with public art agencies, landscape architects, and transportation systems. He crafts narratives using historical references, local culture, and materials as inspiration. This reliance on site-specific language allows, in his words, “the non-trained art person as well as the esoteric critic” to understand his work.

Mass Art Vehicle is a welded sculpture that consists of a pyramidal, eight-wheeled vehicle. Its black, steel exterior references forms of nineteenth-century armor and weaponry. For Greenamyer, the steel is also a durable and strong material with “the twentieth century imprint, the twentieth century voice” that celebrates the Industrial Revolution. Fixed in its position on a train track, the tank-like vehicle remains still, never arriving at its destination. The sculpture not only reflects on Greenamyer’s interest in the concepts of progress and nostalgia but also serves as a metaphor for the frustrations of life.

George Greenamyer was born in Cleveland, OH, in 1939. He received a BFA in 1963 from the Philadelphia College of Art and an MFA in 1969 from the University of Kansas. In 1964, he was one of five artists who founded the Pulpit Rock Artists Community in Woodstock, CT, which aimed to provide studio space for new graduates. Between 1981 and 2004, Greenamyer taught at the Massachusetts College of Art and Design, Boston, where he is now Professor Emeritus. He has received several grants and accolades, including a Louis Comfort Tiffany Foundation Grant (1977), a Massachusetts Arts and Humanities Foundation Artists Fellowship Grant (1977), and a Research Fellowship with the center for Advanced Visual Studies at MIT (1979). In addition to completing numerous public art commissions, Greenamyer has work featured in permanent collections at the Fuller Craft Museum, Brockton, MA, and the Art Complex Museum, Duxbury, MA.