Cor-Ten steel, bolts
Lent by the artist. This project is supported in part by The Research Council at Colgate University. 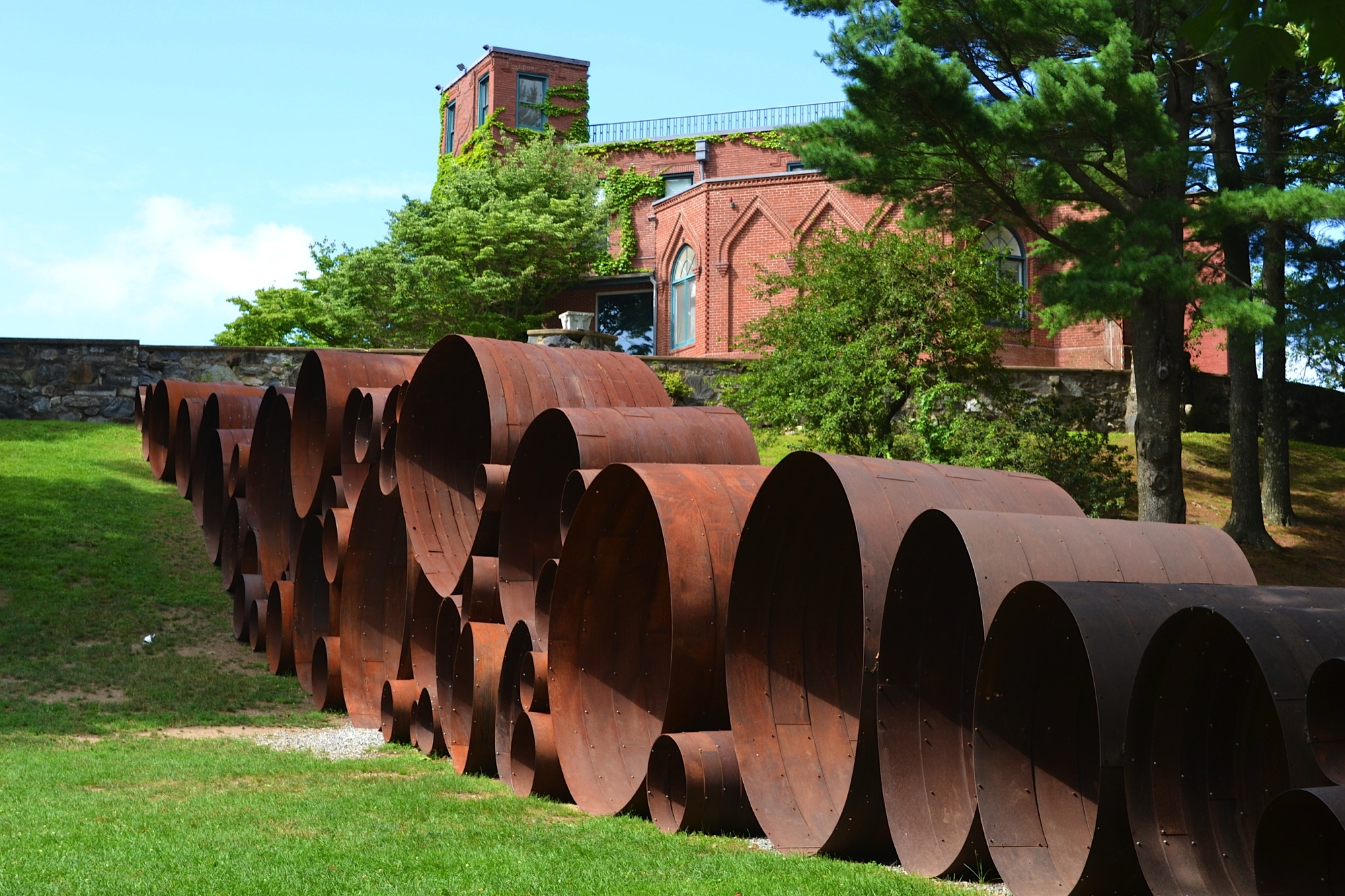 DeWitt Godfrey. "Lincoln". 2012. Cor-ten steel, bolts. 15 x 150 x 10 feet. Lent by the artist. This project is supported in part by The Research Council at Colgate University. Photo by Anchor Imagery.

Working with industrial-grade steel, DeWitt Godfrey creates playful large-scale sculptures that convey the dichotomies between solid and void, material and immaterial, organic and inorganic. Challenging preconceived notions that steel is stiff and unyielding, Godfrey manipulates the thin metal sheets into undulating, natural forms. His use of industrial materials connects him with Minimalist sculptors of the 1970s, like Richard Serra. However, unlike many of his these contemporaries, Godfrey imbues his sculptures with movement and a sense of buoyancy by embracing spontaneity and chance. Aware of his material’s unpredictability, Godfrey welcomes unplanned shifts in the metal, which continually reshape the sculpture. Typically site-specific, his pieces also adapt to their surroundings with the intention of “restoring purpose and meaning to… unintended gaps in the built environment.” By designing sculptures that support these unique spaces, Godfrey creates a relationship of dependency between object and environment.

At over 150 feet long, Lincoln is one of the largest works at deCordova and Godfrey’s most expansive sculpture to date. This low-lying, horizontal sculpture is composed of eighty variously sized and shaped cylinders that appear to spill down the hill from the Museum building to a tree below. Made specifically for the Sculpture Park’s front lawn, Lincoln conforms to the landscape’s gentle curves and encourages visitors to pass through its tunnel-like apertures. From the side, the sculpture nearly disappears as the thin, rusted Cor-Ten steel dissolves into the natural setting. However, when viewed from the bottom of the lawn or the Museum rooftop, Lincoln looks massive and heavy. These dualities also characterize the individual steel ellipses, which appear at once flexible and stiff, flimsy and strong.

Godfrey was born in Houston, Texas, in 1960. Between 1978 and 1982, he studied at Yale University, and earned his MFA from Edinburgh College of Art, Scotland, as a Fulbright Scholar in 1996. He is currently Professor of Art and Art History at Colgate University, Hamilton, NY, where he is also director of the Institute for the Creative and Performing Arts. Godfrey has had solo exhibitions at Picker Gallery, New York, NY; Black & White Gallery, Brooklyn, NY; Butler Gallery, Houston, TX. Outdoor public installation has become a focus of Godfrey’s practice, including sculptures at Mt. Holyoke College Art Museum, South Hadley, MA; Kennedy Art Museum, Athens, OH; and Café Paloma, Cambridge, MA.

Listen to DeWitt Godfrey talk about the sculpture and his interest in natural geometries.

Cor-Ten steel, bolts
Lent by the artist. This project is supported in part by The Research Council at Colgate University.