Gift of Judi and Douglas Krupp 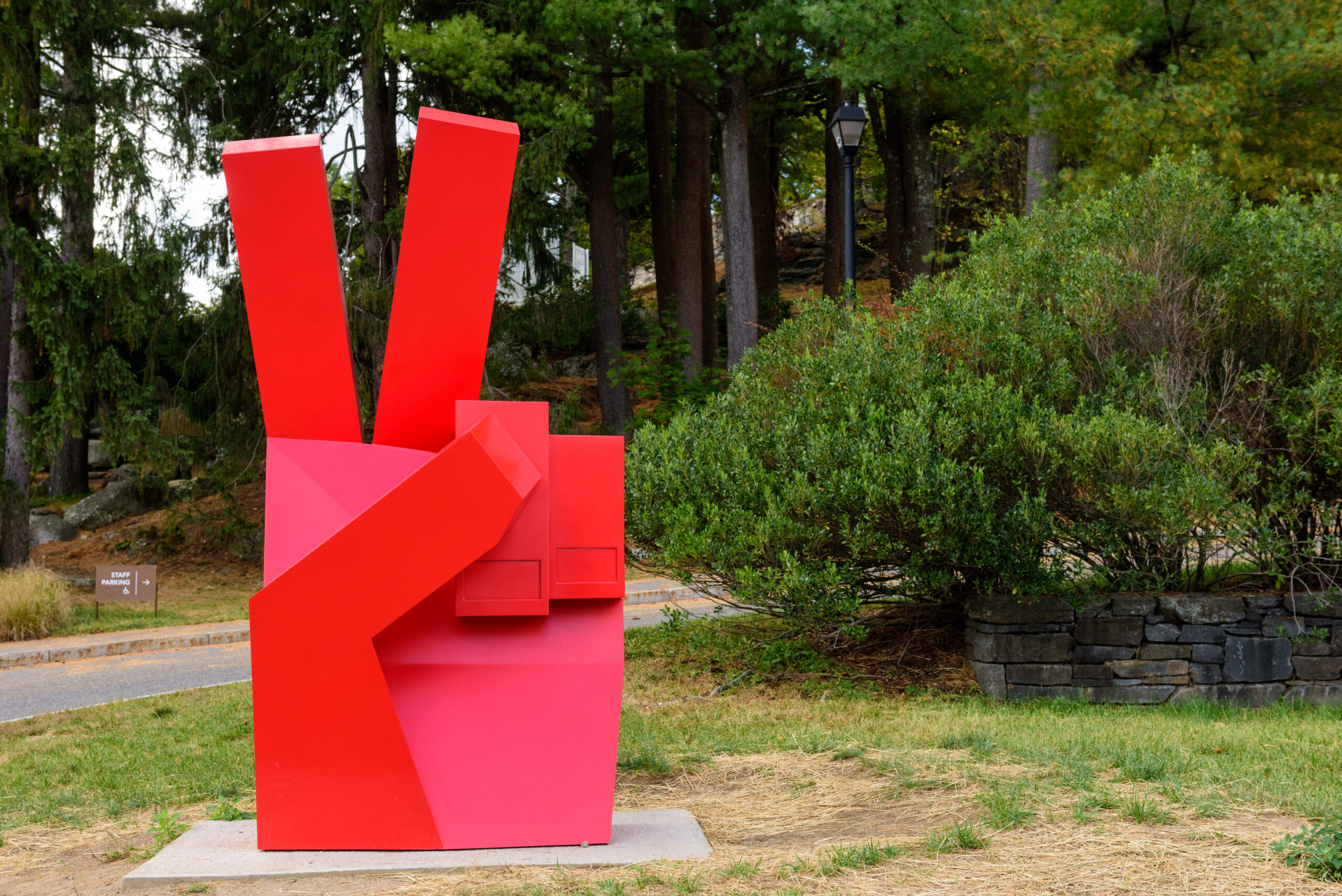 Mabry’s work questions ideas of authorship, showing how iconic modern sculptural motifs in the West were recycled from non-Western cultures. Registering themes of appropriation and hybridity playfully, many of his pieces rely on the title to communicate funny, evocative, or lewd messages. Mabry’s lighthearted approach to art making can be traced back to his graduate years studying under the provocateur Paul McCarthy at the University of California, Los Angeles.

Throughout his career, Mabry has continuously adopted and monumentalized ready-made forms. Mabry’s wholesale mining of pop culture and art history draw on the legacy of Marcel Duchamp, among other avant-garde assemblagists and iconoclasts. Borrowing from “high” and “low,” Mabry represents culture in its contradictions and extremes. Some of his recent series, Machines Turn Quickly (2018) and The Nostalgia of the Infinite (2015-18), simulate works by Abstract Expressionist artists like Jackson Pollock and Mark Rothko on a much smaller scale with birds casually perched on them or mounted on roller wheels.

Mabry’s suite of sculptures entitled Heavy Handed (2013-19) focusses on hand gestures and their varied interpretations. Each is aluminum or cor-ten weathering steel, painted in various colors and displaying a colloquial gesture with multiple meanings. In making these monumental hands, Mabry considers the plurality of understandings available.

At deCordova, Mabry’s Heavy Handed (Red Piece) is on view in front of the museum entrance. Just like the rest of his Heavy Handed series, the sculpture combines Minimalist aesthetics and materials with a culturally-specific hand signal. The fingers of this blocky red hand may suggest a sign of peace, a crude telling off, a symbol of victory, or simply a way of counting to two. To viewers familiar with modern art, they may seem to mock the austerity of Donald Judd’s wall-mounted box “stacks.” Mabry intentionally plays with cultural knowledge to incite many meanings out of isolated symbols. Depending on where they stand in relation to the sculpture or their cultural background, the meanings range from the benign to the profane.

Mabry’s work is held in the permanent collections of the Los Angeles County Museum of Art; the Museum of Contemporary Art, San Diego, CA; the Dallas Museum of Art; and the Nelson-Atkins Museum of Art, Kansas City, MO, among others. Mabry had a solo exhibition in 2013 at the Nasher Sculpture Center, Dallas, TX, and has been included in exhibitions at the Hammer Museum, Los Angeles, CA; Rubell Museum, Miami, FL; and the Museum of Contemporary Art, Denver, CO. He holds a BFA from the Kansas City Art Institute and an MFA from the University of California, Los Angeles. He currently lives and works in Los Angeles and is represented by Philip Martin Gallery.

Gift of Judi and Douglas Krupp