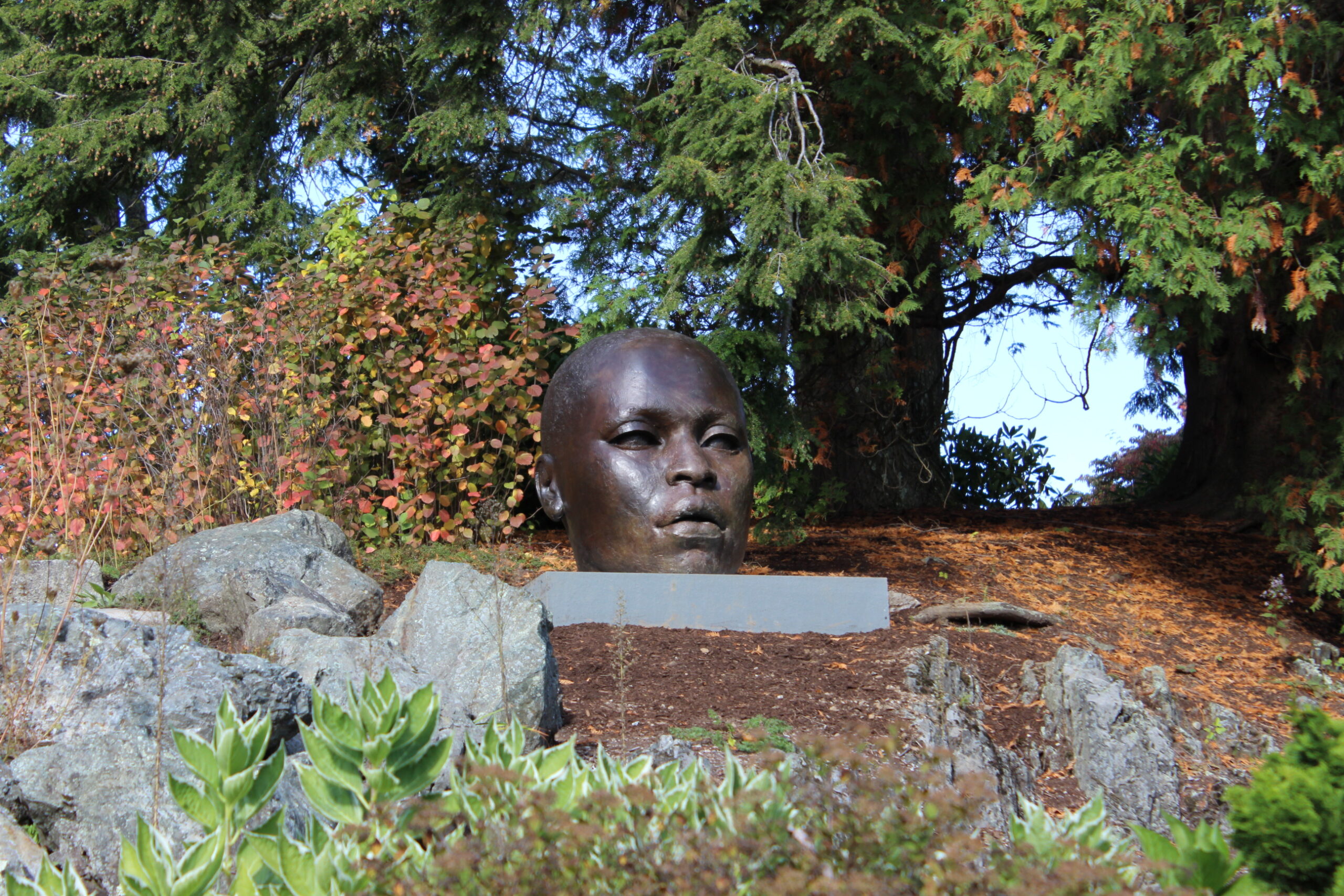 This version of John Wilson’s Eternal Presence is a study for the full size, seven-foot tall sculpture which stands outside of the National Center for Afro-American Artists in Boston. Designed as a tribute to the history of black people in Massachusetts, this idealized head has what Wilson describes as “a symbolic black presence infused with a sense of universal humanity.” His concern with the social and political condition of African-Americans has influenced his search for an artistic language that expresses the essential and spiritual qualities of humankind. In Eternal Presence, Wilson combines influences such as the bold, sculptural forms of the Mexican Muralists, the scale and presence of Pre-Columbian Olmec heads, and the serene energy of the Buddha statues in the collection of the Museum of Fine Arts, Boston.