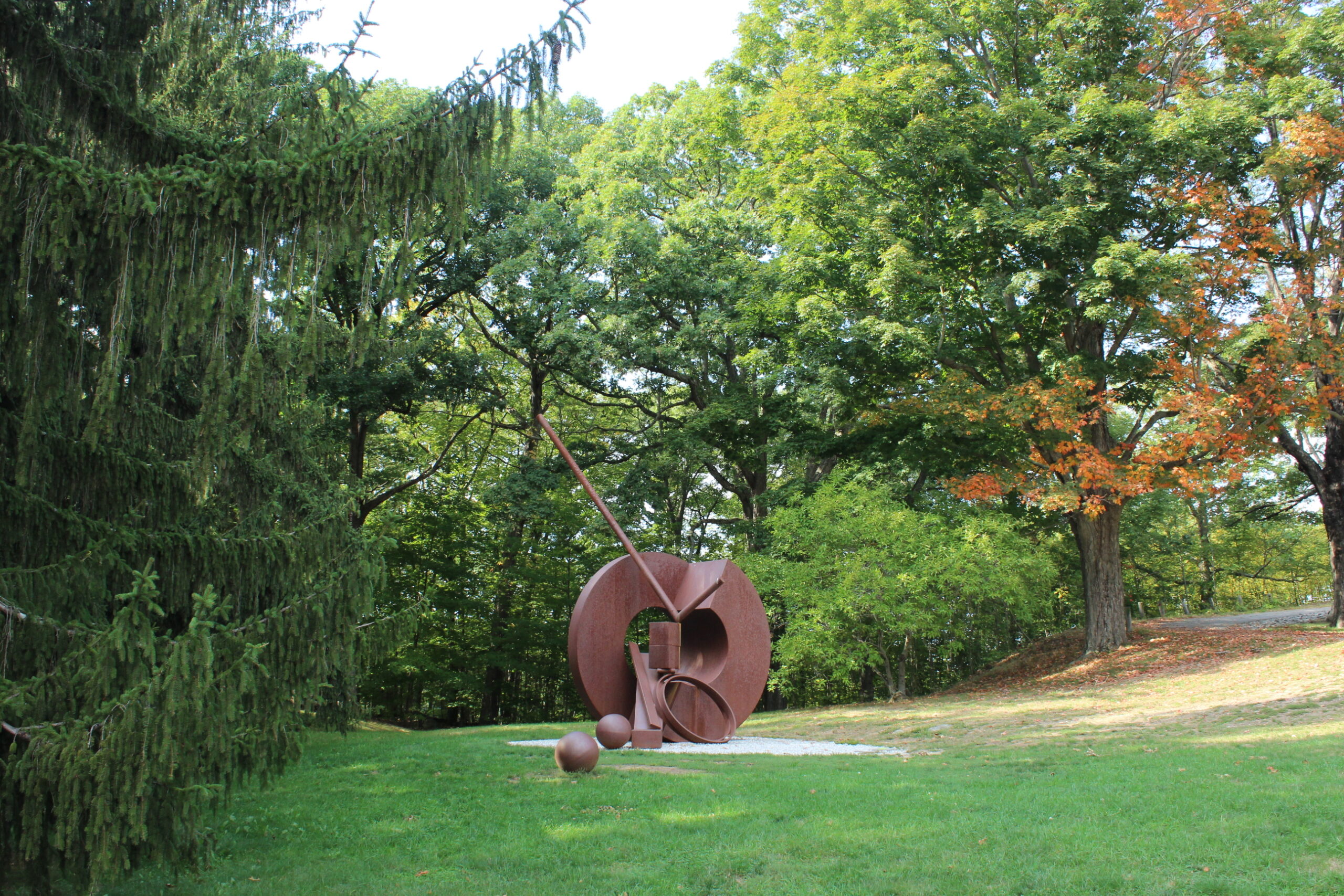 Fletcher Benton’s recent works have centered on large-scale sculptures that visually challenge rules of the physical world, particularly gravity and balance. Benton carefully arranges each of the geometric elements comprising his monumental steel sculptures, exploring the thickness and weight of the medium in his complex configurations. The artist taught himself sign painting as a young man, and became fascinated with the alphabet and the geometrical forms inherent in letters. This interest in geometric relationships translated into Benton’s sculptural work after he relocated to the San Francisco Bay Area and discontinued painting.

Benton maintains that “he give[s] the viewer everything,” meaning that the physical equations he sets up have been fully elucidated in his sculptures, and observers do not need to resolve any visual puzzles. He states that, “The viewer either is going to accept it for what it is, or not. It’s not a game between me and the viewer.” Benton’s process is as straightforward as a geometric proof—the rules of mathematics are not subjective—and there is a standard sequence of steps that must be followed to arrive at the solution. For this reason, the artist discourages interpretations other than his own from being applied to his works.

The circle, a figure of completion, appears as the primary focal point in many of Benton’s recent sculptures. Serving as a frame or an anchor for other geometric elements, the circle emphasizes the dynamic of balance and imbalance important to these works. Geometric forms are chosen decisively by the artist, and with great attention to their interactions with one another. Donut with 3 Balls incorporates several basic shapes—the circle, cylinder, cube, rectangle, and sphere—each element appears to be leaning against or stacked on top of another. Seeming simultaneously stable and precarious, Donut with 3 Balls exemplifies the tension between precise harmony and peril that Benton enjoys communicating through this weighty medium.