In early February, a coastal storm struck the Northeast with powerful wave energy hitting the shoreline from New Jersey to Maine.

A shorter version of this article appeared in the Spring 2021 issue of Special Places.

Videos shared online captured some of the impacts, including on the Massachusetts coast where a home in the Cape Cod town of Sandwich toppled down an eroding bank onto the sands below, and two others sustained serious damage. Further north, on Plum Island, cell phone video taken by a homeowner showed high tides knocking through a sandbag barrier in front of her home.

“I’m watching the water wash the sand out from under my foundation,” she told WHDH-TV in a phone interview.

As a coastal landowner, The Trustees has also experienced erosion and flooding across its 120 miles of protected coastline, including during the February 2021 nor’easter. Flooding on Martha’s Vineyard restricted access to trails, and significant erosion was reported to east-facing beaches. Sand accreted at the Norton Point Beach entrance, but significant overwash affected the entrance and an area approximately one mile east, with overwash into Katama Bay. On Argilla Road in Ipswich, tides covered the pavement near the entrance to Crane Beach.

“While flooding and erosion are natural events for these dynamic landscapes, they are happening more frequently and at greater severity,” explains Tom O’Shea, Trustees Managing Director of Resources and Planning. “As published in our inaugural State of the Coast Report, Crane Beach has lost the equivalent of 84 football fields since the 1950s, and recent analysis for our next State of the Coast report finds that Norton Point Beach has lost 70 football fields worth of beach since 1994. Sea level rise and storm surge are expected to accelerate by the year 2050, so we need to act now and make smart decisions on how to adapt to our changing climate.” 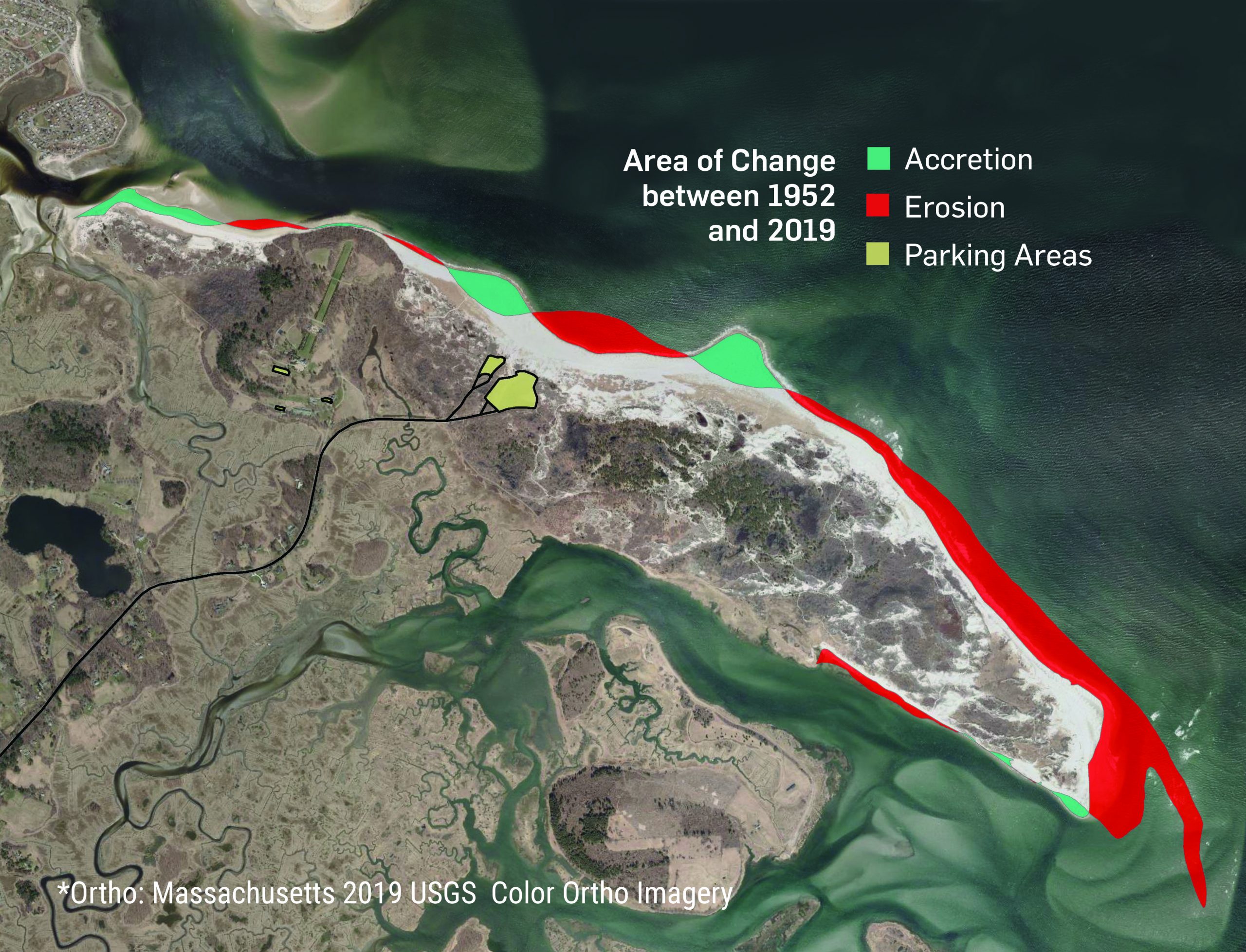 The eastern tip of Trustees-owned Crane Beach has narrowed by 5 feet per year since the 1950s for a total loss of 112 acres—the equivalent of 84 football fields—and it has lost about 2,000 feet in length since 1995. (https://www.onthecoast.thetrustees.org/about)

Barrier beaches, dunes and salt marsh, in many cases, act as protective barriers for the residents and communities that lie beyond, absorbing stormwater or buffering wave energy. The places behind or on vulnerable coastal sites are facing difficult choices, and for many, this is personal. Whether it’s a home passed down through generations or rented each season, a familiar stretch of beach eroding or a favored fishing spot disappearing, memories and emotions are tied to places being impacted.

As a pillar of The Trustees five-year strategic plan, Momentum, The Trustees continues prioritizing coastal conservation, advocacy, land management, and stewardship, focusing on the most vulnerable areas. Among the coastal adaptation projects underway are two beach resiliency trials which will model solutions to coastal erosion and flooding, and protect threatened places for the next generation.

Coastal Resilience on Nantucket As an island whose economy is linked to the coast, Nantucket is particularly vulnerable to rising sea levels and more frequent and intense coastal storms driven by our changing climate. With one reservation on the island, The Trustees is working with the Nantucket Conservation Foundation (NCF) to use their jointly owned and managed Coskata-Coatue-Haulover Wildlife Refuge and its diverse 1,000+ acres as a “living laboratory”.

Though this five miles of globally-significant barrier beach is largely undeveloped, it is one of the most exposed beaches to sea level rise, flooding, and erosion on Nantucket and throughout the Commonwealth. Climate change is threatening the Refuge’s public access, beloved recreational experiences, and fragile habitats and landscapes, including a rare cactus and one of only a few cuspate spit formations in the world. Four areas likely to breach have been identified, which, if left without intervention, could close off access to significant portions of the Refuge and result in loss of pedestrian and OSV access to Great Point and the Lighthouse. The three-phase adaptation project aims to identify resilient intervention methods and adaptation strategies that can maintain beach access and sustain habitat and barrier beach integrity.

For the first phase of this project, launched in early 2021, The Trustees and NCF are starting a volunteer beach profiling monitoring system, designing initial projects that provide resilience for the next 10-20 years, and communicating the realistic potential for longer term projects. Project implementation including sediment studies and intervention work is planned for Phase II, with robust community outreach, education, and engagement planned for Phase III. The work is funded by an anonymous donor. 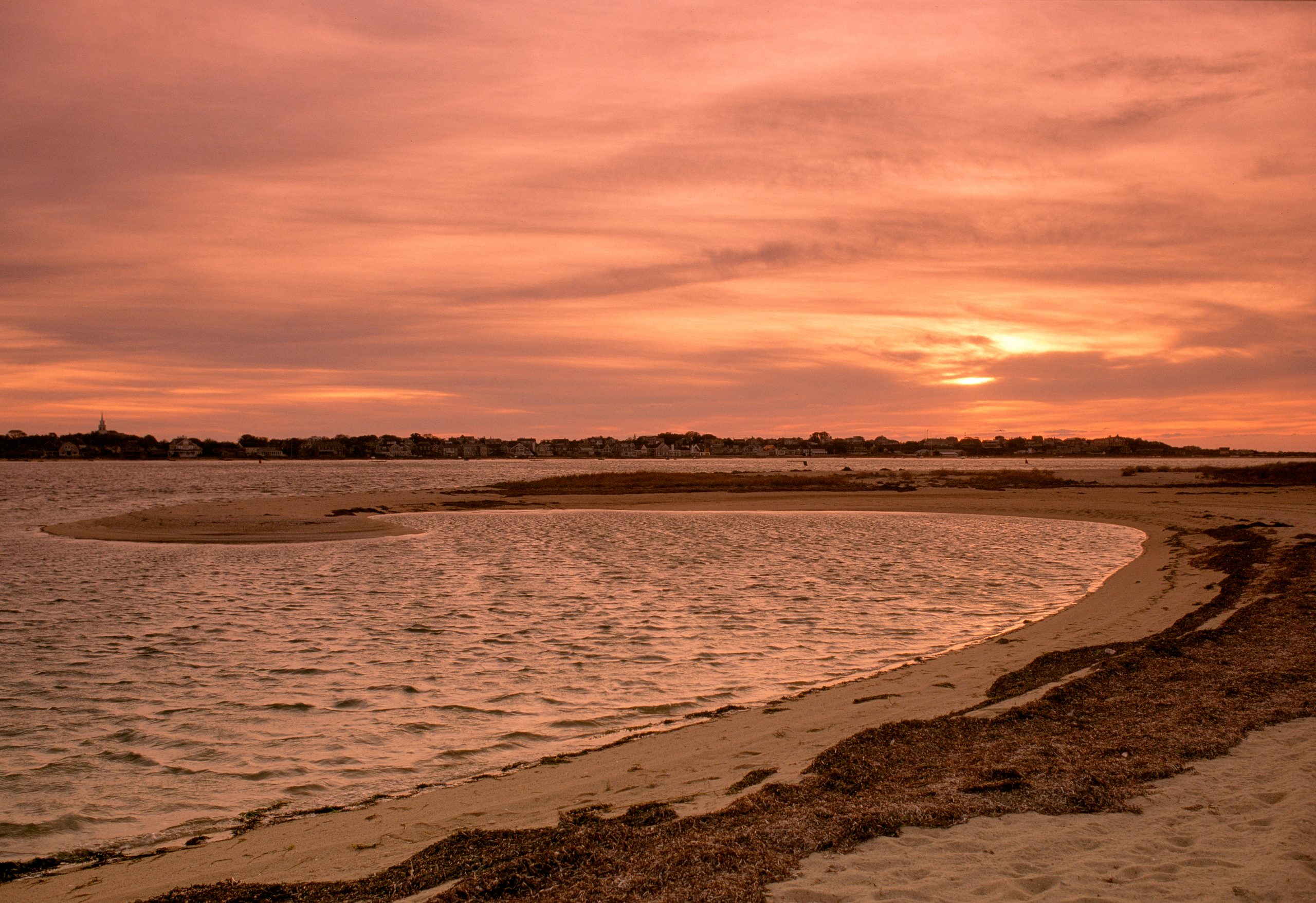 Coastal Erosion Intervention on Martha’s Vineyard Building on the Climate Vulnerability Assessment completed for The Trustees in 2017, Woods Hole Group is working to design and permit two coastal dune reconstruction projects for Norton Point Beach, on Martha’s Vineyard. One of two sections being repaired is located at the badly-eroded Katama entrance, which has experienced repeated overwash events along low spots in the dune. Overwash events erode pedestrian and OSV access and push sediment into the adjacent Herring Creek. A dune reconstruction in this area could provide better flood and storm protection, building the overall resiliency of the barrier beach and helping to secure access for beachgoers, residents, fisherman, and emergency vehicles. 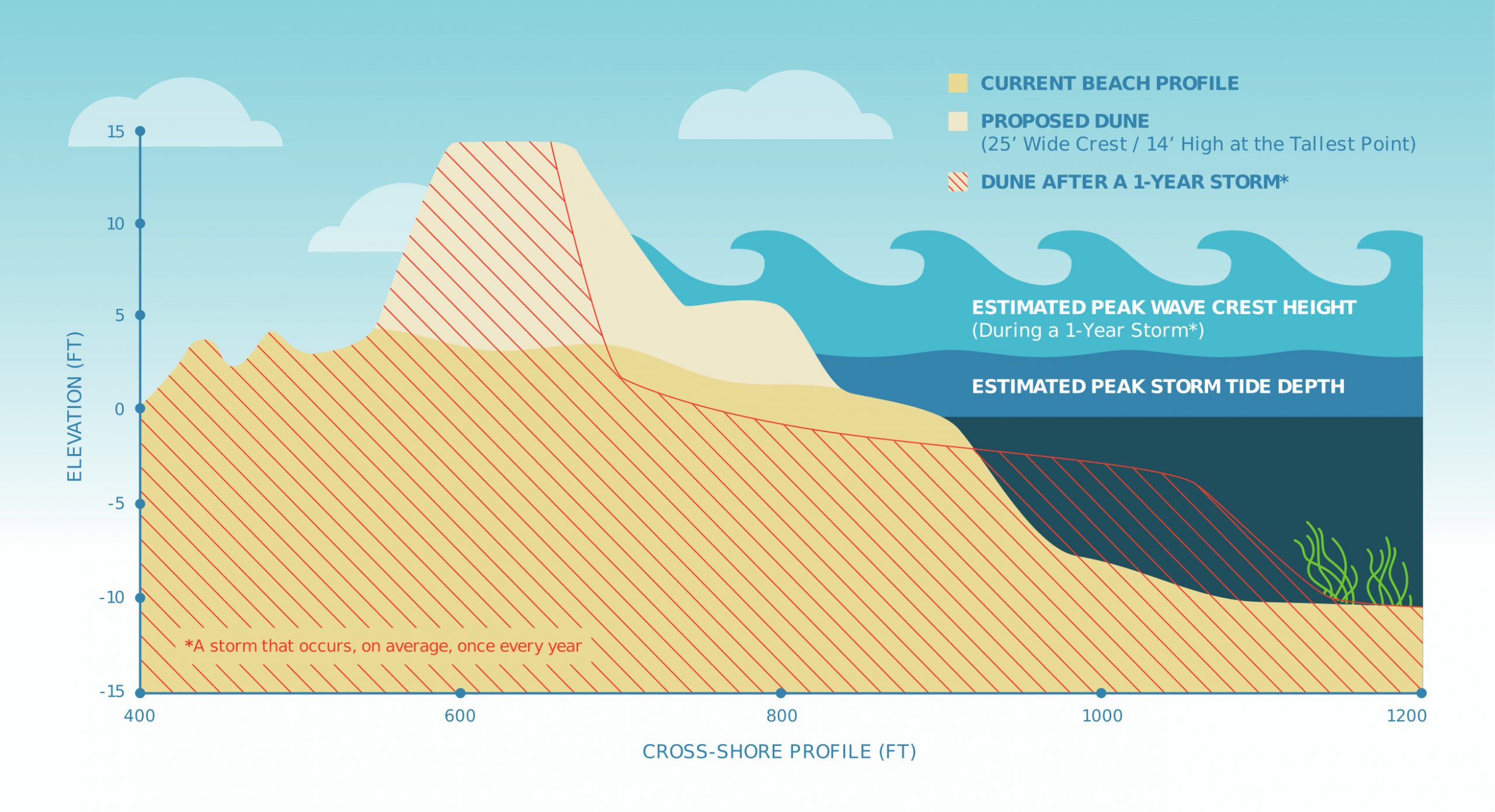 A built dune can serve as a barrier to storm surge, preventing coastal flooding and erosion. The design above shows how a 1-year storm event might erode a dune of this size, before during and after the storm, over the course of approximately four days. [Concept illustration only and not representative of a final design]

The second area is approximately one quarter mile east, at another badly-eroded overwash spot, where The Trustees will work aim to bolster the resiliency of the existing dune system and also act as a research site. Monitoring the effectiveness of the techniques for overall coastal resiliency, teams will gather topographic measurements, analyze the expected oceanographic effects, and reconstruct the dune using the most current data and state-of-the-art modeling. Ultimately, the project will make the beach more resilient to washover, erosion, and breach, so that it is able to provide improved protection for public access, the habitat, and the land beyond. The Trustees will apply for grants to fund the construction phase of this work in late 2021/early 2022.

An urgency to innovate The Nantucket and Martha’s Vineyard resiliency projects join several other Trustees coastal initiatives underway including an ongoing salt marsh restoration on the North Shore; publication of the second annual State of the Coast Report in summer 2021; a coastal wave and sediment study with the Town of Essex and Boston University; a new donor-funded Trustees post graduate internship position examining historical shoreline changes on Coskata-Coatue and projecting future changes; and an analysis in partnership with UMass of the state’s undeveloped coast, identifying areas with high ecological value and high likelihood of development impact.

“Our coastal properties are on the front lines of many climate change impacts,” says O’Shea. “As the largest private owner of protected coastline in the state, we feel an urgency to innovate, to care for,  and to protect these beloved and ecologically significant landscapes for the next generation from accelerating change while we have the opportunity to intervene.”

To learn more about this and other work, or to contact the team, visit thetrustees.org/coast.

A shorter version of this article appeared in the Spring 2021 issue of Special Places. 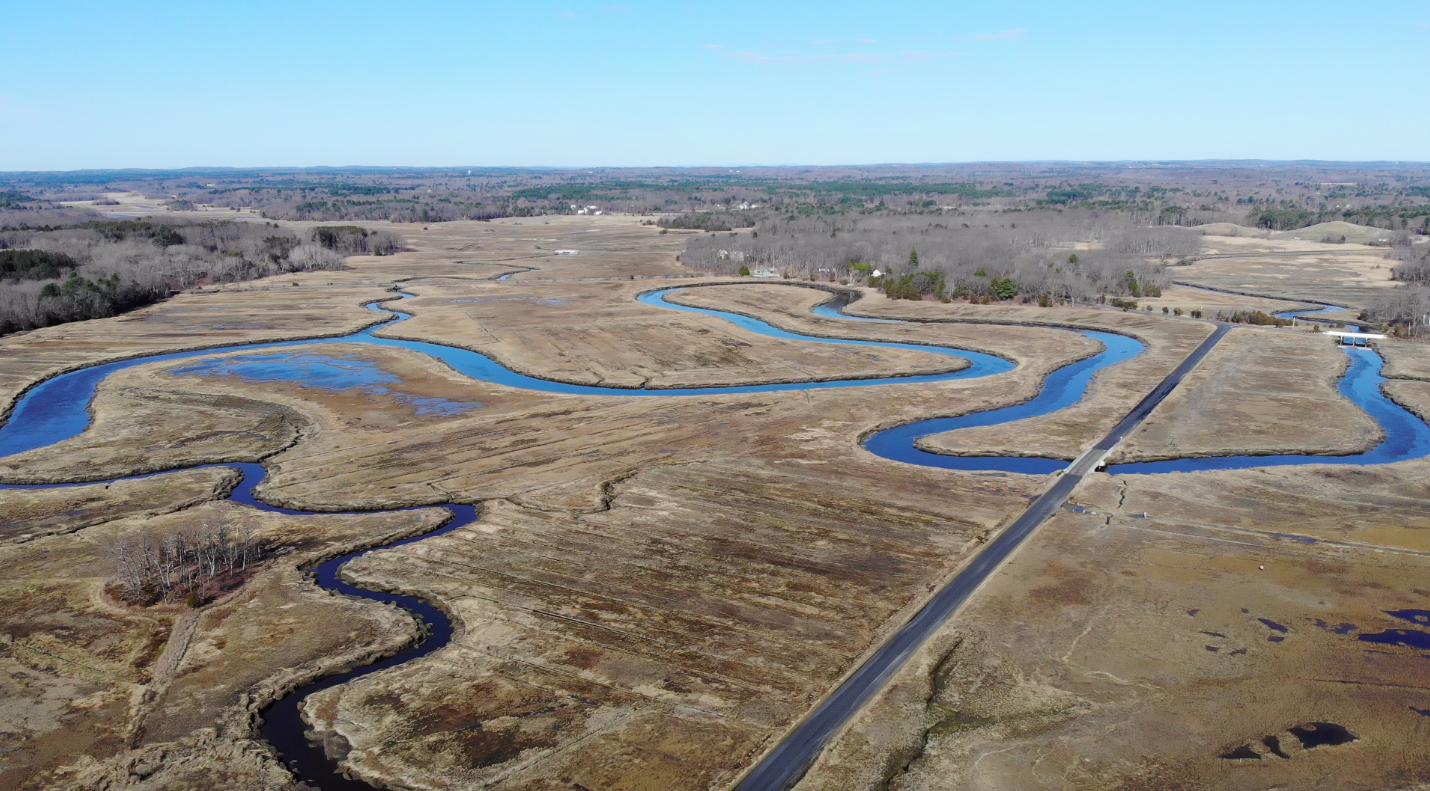 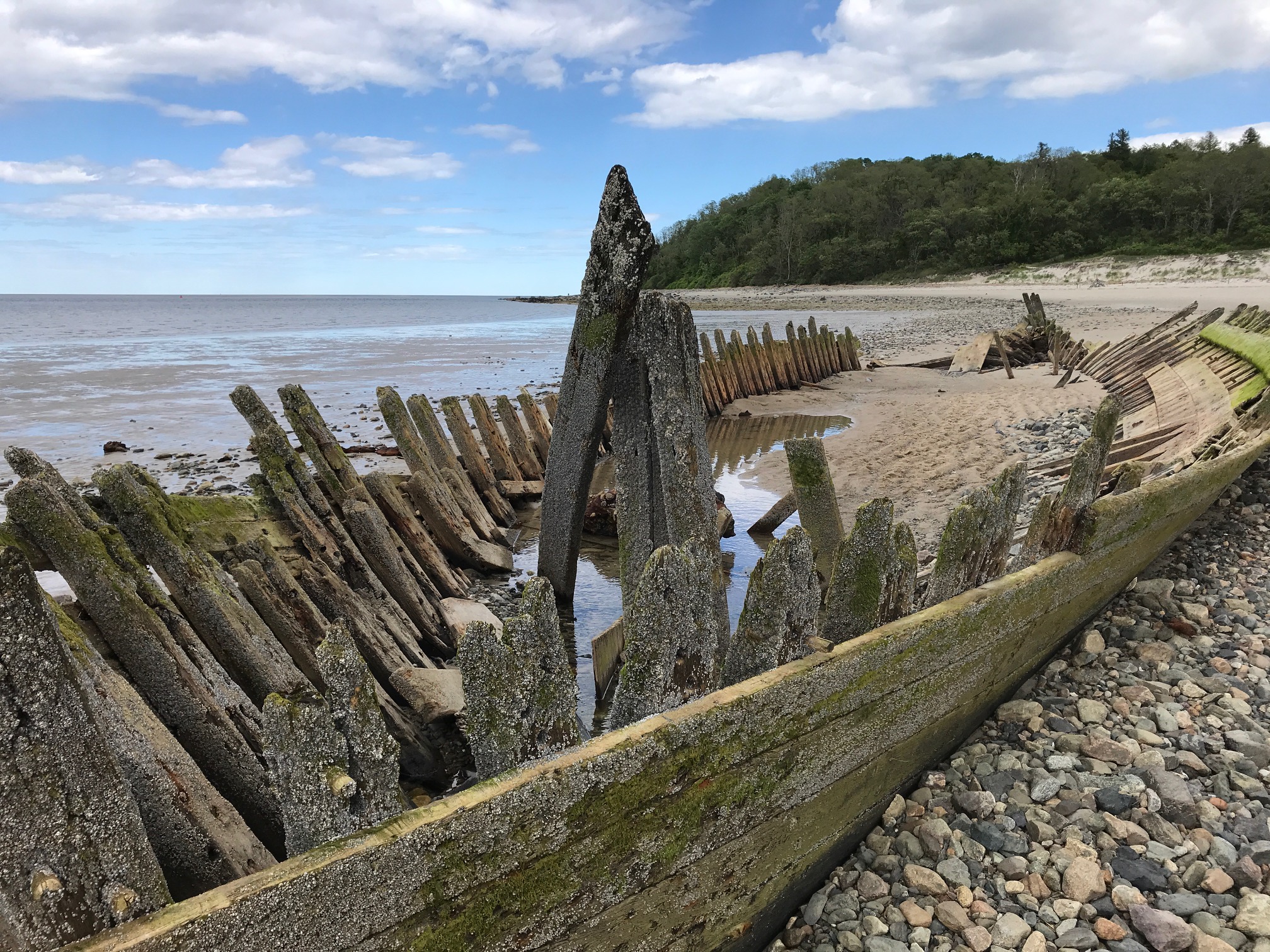 Meet our Members: Ian from Beverly 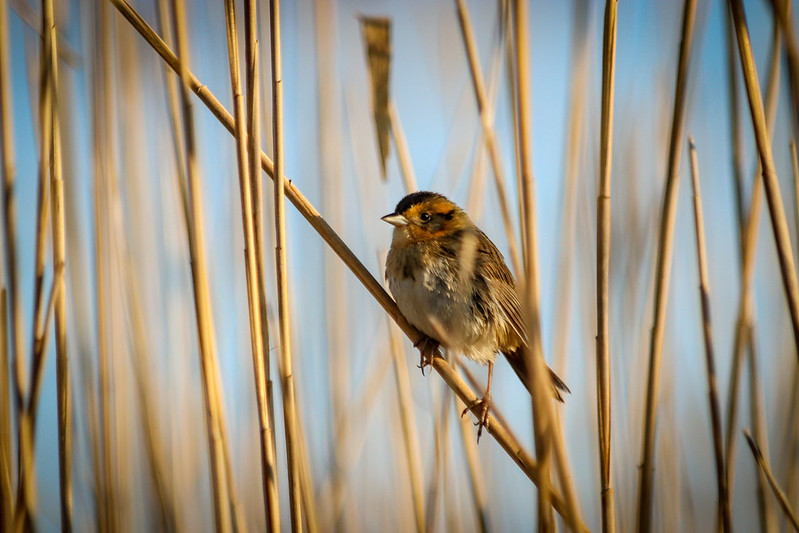 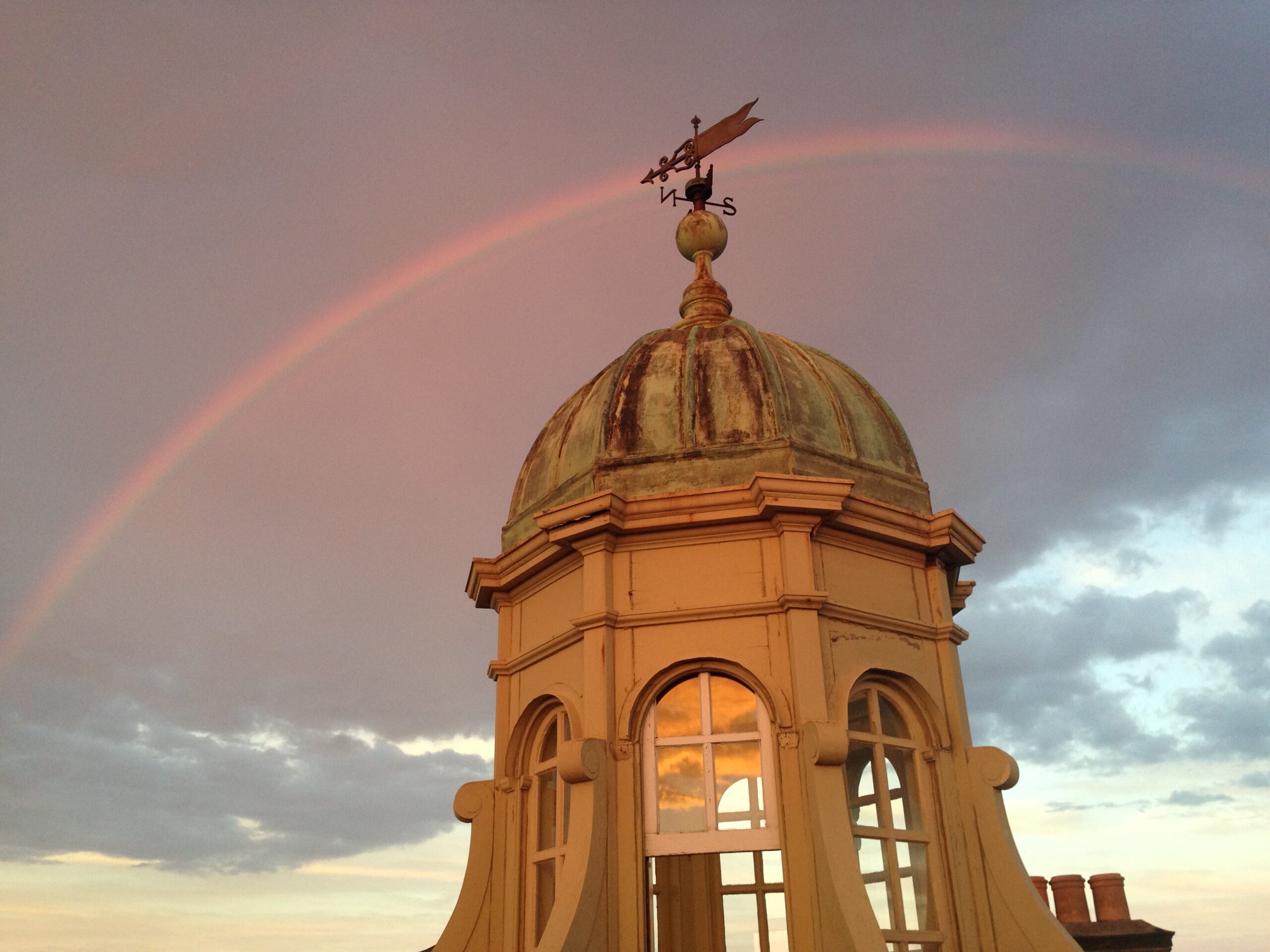